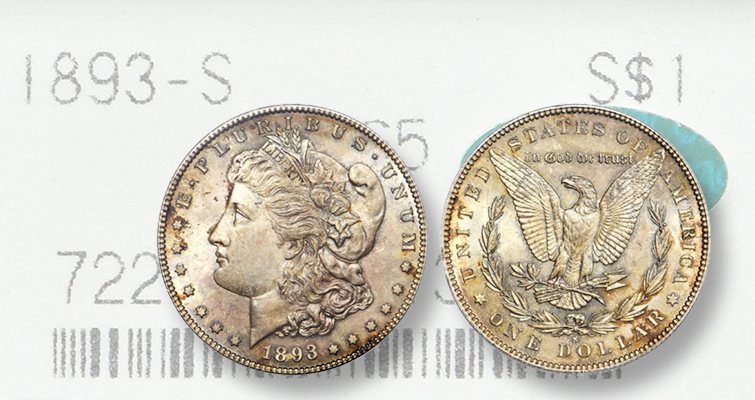 The very-top end of the Morgan dollar market remains healthy, as seen by Stack’s Bowers Galleries’ success in its offering of the Larry H. Miller Collection on Nov. 12.

The New Orleans Mint issue is a legendary rarity in top grades and this one is undisputed as the finest-known example. The cataloger wrote, “His coin’s incredible quality must surely have been recognized at the time of striking, for it has clearly been carefully handed down from owner to owner in its original, virtually pristine condition.” Series specialist Wayne Miller has called it “the most spectacular Morgan dollar known” and used it to illustrate the issue in his 1982 Morgan and Peace Dollar Textbook.

A PCGS MS-68 1884-S Morgan dollar, also with a CAC sticker and called a wonder coin by Wayne Miller, brought $750,000, while $720,000 captured a CAC-stickered PCGS MS-69 1896-S Morgan dollar described as “far and away the finest-known.” While all Mint State examples of these issues are scarce, it is a condition rarity in grades of MS-65 and finer. Both emerged on the market in the 1980s where they surfaced at a Midwest coin show and both have been part of Miller’s collection for more than a decade. The 1896-S Morgan dollar last sold at a 2005 PCGS auction for $402,500 as part of the Jack Lee III Collection. It had also been part of Lee’s first and second incredible sets of Morgan dollars.

The 1893-S Morgan dollar offered is the key date in the series with a series-low mintage of 100,000 pieces. Miller’s example was housed in an older PCGS holder graded MS-65, with a CAC “green bean.” The cataloger praised the original-looking color, writing, “Richly and attractively toned, both sides display blended antique gold, blue-gray and pale rose patina.” It sold for $600,000. While the piece is bested by several others in terms of grade in the condition census, any offering of a high-end Mint State 1893-S dollar is a significant event.

While the 1893-S Morgan dollar gets the most attention in the series, it was bested in price on Nov. 12 by the finest-certified 1892-S Morgan dollar, graded MS-68 by PCGS, that realized $630,000. “Highly lustrous with a smooth, frosty texture, both sides are brilliant apart from wisps of subtle champagne-gold iridescence,” the cataloger observed, adding, “Sharply struck over all design elements, this is an expertly preserved and incredibly beautiful Superb Gem that stands tall among the numerous highlights in the fabulous Miller cabinet.” 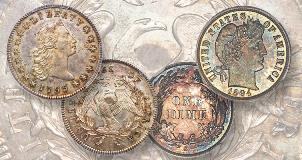 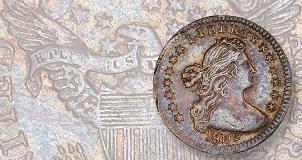 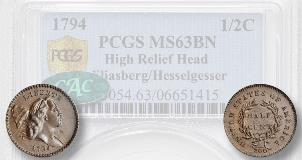