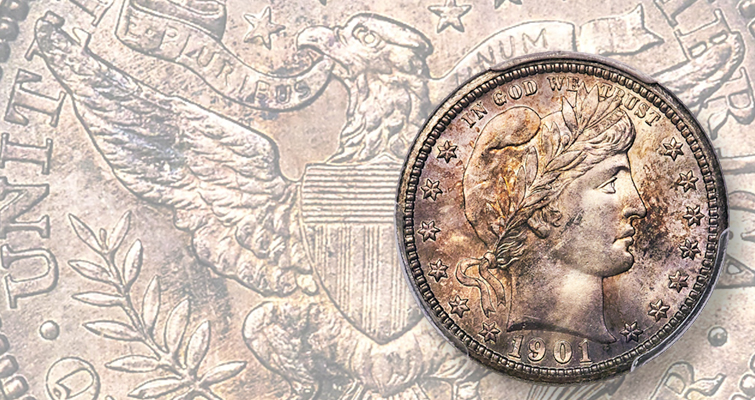 Heritage’s Oct. 17 to 19 U.S. Coins Signature Auction in Dallas included a 1901-S Barber quarter dollar graded Mint State 65 that is among the finest surviving of the low mintage of 72,664 pieces. 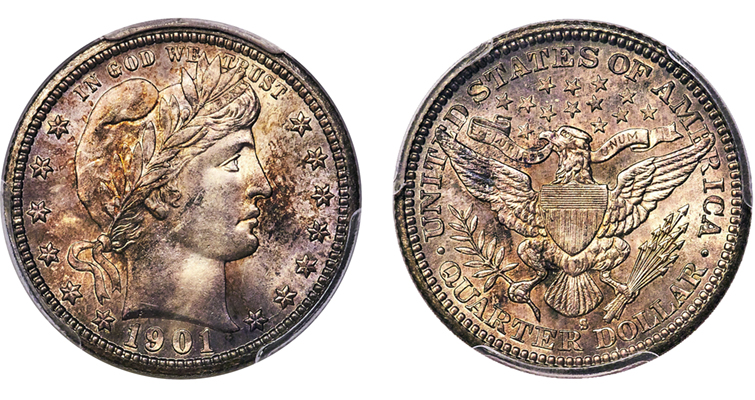 Heritage’s Oct. 17 to 19 U.S. Coins Signature Auction in Dallas extended its bidding for some lots due to technical issues, but that did not seem to dampen bidding interest.

The typical 1901-S quarter is well-worn and the average examples seen at coin shows might grade About Good 3 to Good 4. Mid-range circulated representatives are extremely hard to find with Extremely Fine to About Uncirculated coins particularly elusive.

The Professional Coin Grading Service Population Report records eight in MS-65, with only a few finer. On the offered quarter Heritage writes, “The surfaces of this example are lustrous and well struck, though slightly soft at the hairline of Liberty and on the right edge of the reverse shield and nearby wing,” noting “pleasing rose and cinnamon toning, accented with lilac and silver highlights (including a lilac blush on Liberty’s cheek).” 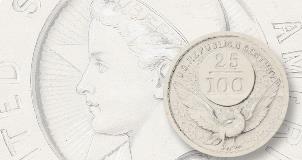 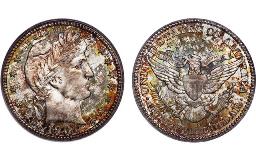 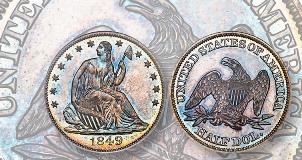