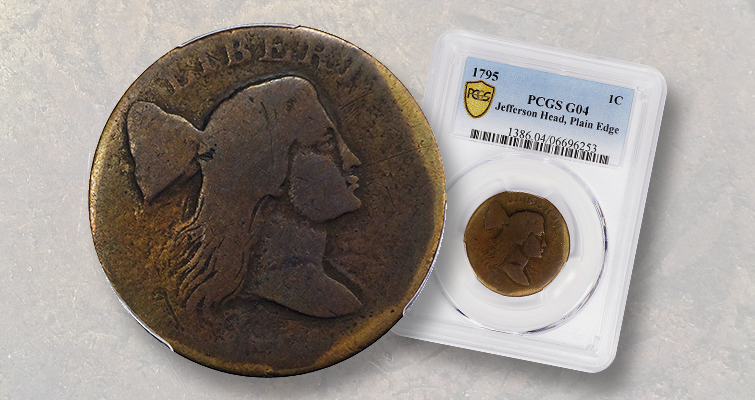 A Good 4 1795 Liberty Cap, Jefferson Head cent realized $21,000. The distinct issue is collected alongside regular issue cents and is listed in the “Red Book” with the caveat “not a regular Mint issue.”

The date is all but worn off of this 1795 Liberty Cap cent; however, the distinct portrait type instantly identifies it as a Sheldon 80 variety, the “Jefferson Head” cent.

This Plain Edge example graded Good 4 by Professional Coin Grading Service sold for $21,000 in Stack’s Bowers' Nov. 1 Rarities Night auction. The profile is strong, as is the word LIBERTY, but the date is weak and the reverse is also ill-defined, as is so often seen for the issue.

Stack’s Bowers also writes, “A few minor marks are scattered about, commensurate with the assigned grade, a minor nick at the back of Liberty’s head at the junction with the cap serving as the most useful individual identifier.”

These are collected alongside regular issue large cents, although research shows they were likely struck outside the U.S. Mint by John Harper in his quest to win a private coining contract. The “Jefferson Head” name first came about in a June 1864 auction where it was listed under the heading of “Fabrications.”

Today there are three distinct varieties, none of which grades higher than Very Fine. 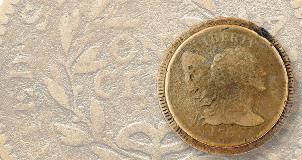 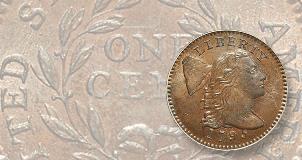 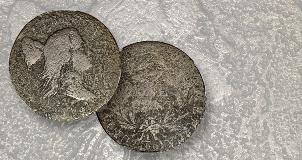