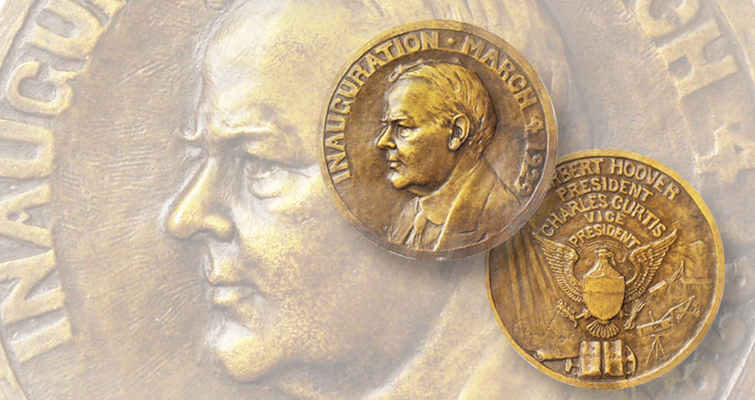 Herbert Hoover’s bronze 1929 inaugural medal is rarer than the reported mintage suggests, and this Specimen 65 example sold for $2,640 at Stack’s Bowers Galleries. 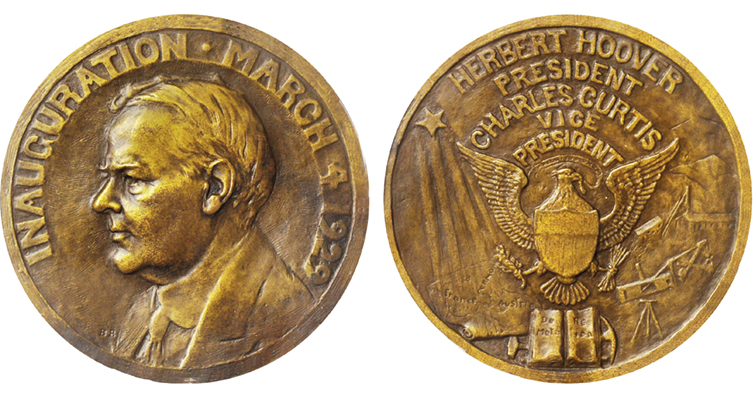 Considering its mintage of 1,012 pieces, Stack’s Bowers Galleries writes that the Hoover presidential inaugural medal should be more available than it is. The stock market crash and the Great Depression that set in shortly after he took office may explain the lack, they say.

Herbert Hoover’s bronze March 4, 1929, presidential inaugural medal is more frequently seen than either the Harding or Coolidge medal and has a reported mintage of 1,012 pieces.

Stack’s Bowers Galleries writes that considering this substantial mintage it should be more available than it is, theorizing “the issuance of the type on the eve of the Great Depression probably explains why so few examples are offered for sale in today’s market.”

Hoover was appointed secretary of commerce by Harding and continued to serve under Coolidge where his influence grew. He narrowly won the 1928 presidential election.

The stock market crashed shortly after Hoover took office. Hoover failed in his efforts to restore the U.S. economy and was defeated by Franklin D. Roosevelt in the 1932 election. This 70-millimeter medal graded Specimen 65 by Professional Coin Grading Service sold for $2,640 in Stack’s Bowers’ November auction in Baltimore. 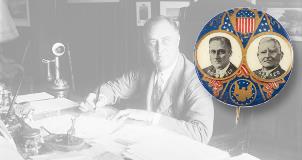 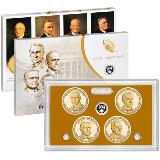 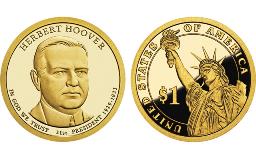