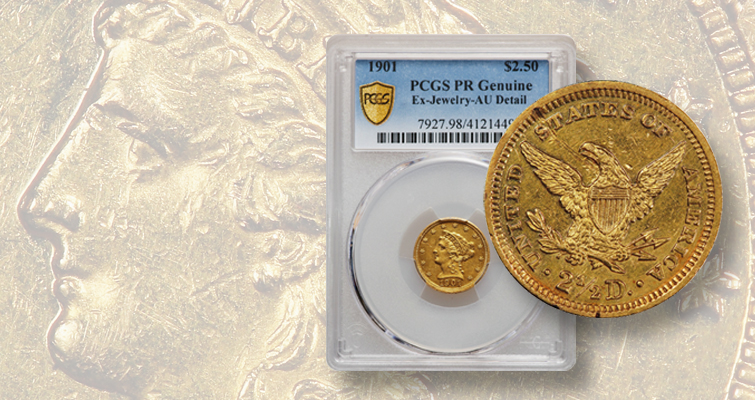 The typical Proof gold coin of the Coronet type has deeply reflective mirrors, and the range of cameo frost on the devices depends on the year.

The 20th century Coronet gold $2.50 quarter eagle is a great coin for a collector who wants to own an example of a classic Proof U.S. gold coin. Heritage offered one that served as an entry point on June 20, 2021, for $1,383.60. Graded Proof, About Uncirculated Details, Ex-Jewelry, by Professional Coin Grading Service, it is from a mintage of 223 Proof 1901 quarter eagles, and the “AU Details” refers to light wear at the high points of the design.

Plenty of flash remains in the fields to clearly identify it as a Proof striking, but the surfaces also show evidence of its harsh former life, with plenty of marks and scratches. The reverse has an especially prominent scratch that is like an arrow in the neck of the eagle. These deficiencies aside, the overall look is not unappealing. But perhaps the June buyer was unhappy with it, because it was re-offered by Heritage in December where it sold for a bit less, realizing $1,260. 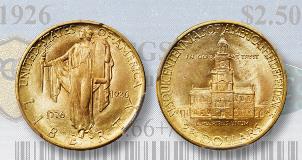 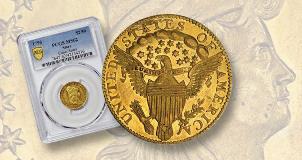 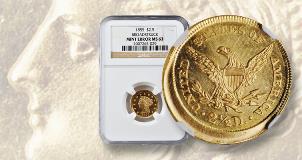