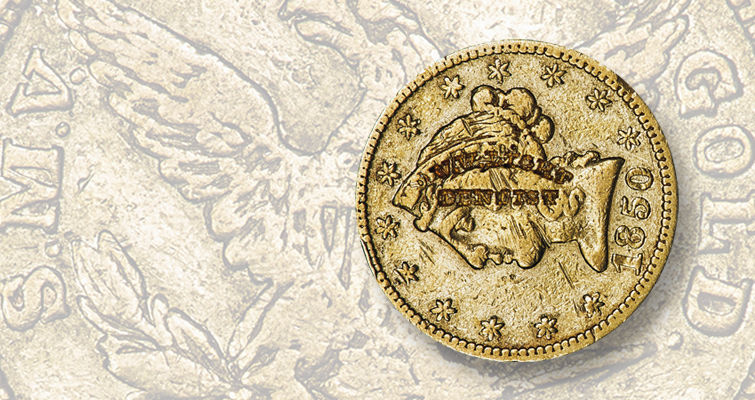 An 1850 Moffat & Co. $5 gold half eagle carrying the counterstamp of Sacramento dentist Dr. William W. Light sold for $20,400 at Heritage’s Jan. 3 online auction of merchant counterstamps from the Partrick Collection.

Although a gold Brasher doubloon was the 7-figure highlight of Heritage’s Jan. 21 Donald G. Partrick Collection Platinum Night offering, a Jan. 3 online session showcased a specialized collecting interest of Partrick’s that was more accessible: counterstamped coins. The 408-lot sale realized $227,719, with the most expensive coin being an 1850 Moffat & Co. $5 gold half eagle with the counterstamp of W.W. Light, Dentist that realized $20,400.

Moffat & Co. was among the most important of California’s private coiners during the Gold Rush and its $5 gold coins resembled circulating Coronet gold issues. Dr. Light was a die cutter, who also spent time in California’s gold fields and built a career as a dentist, chemist and physician. He is remembered as one of the first dentists in the Sacramento era. Both the host coin and counterstamp are graded Very Fine by Heritage, and the piece carries one of the few counterstamps known on gold coins. 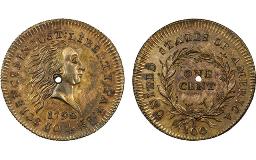 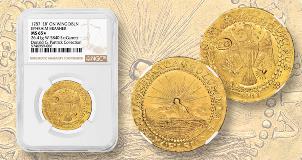 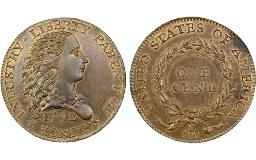