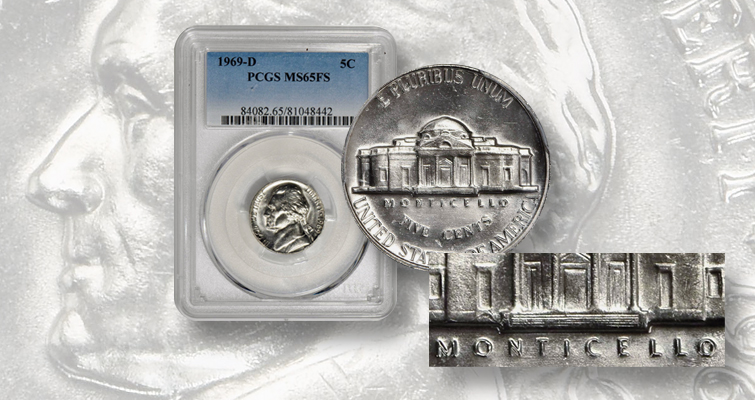 The George “Buddy” Byers collection of Jefferson 5-cent coins is one of the more noteworthy collections of the popular series to come to market in recent years.

The top lot in the Aug. 16 auction by Stack’s Bowers Galleries was a 1969-D Jefferson 5-cent coin graded Mint State 65 full steps by Professional Coin Grading Service that sold for a massive $33,600. The issue is common in nearly all grades, except with full steps on Monticello, defined by PCGS as having five separated steps (lines) at the base.

The offered coin is the sole 1969-D “FS” Jefferson 5-cent coin certified at PCGS. The cataloger observed “brilliant platinum-white complexion and pearlescent luster on each side,” adding, “The surfaces are comprehensively frosted, with faint prooflike reflectivity apparent in the fields.”

The master hub of the Reverse of 1940 had been used to make dies for decades and the intricate design elements, like steps, had progressively weakened. “While modifications to improve definition were made to the master hub in time for the 1968 production run, these efforts were largely in vain and the hub was retired in 1970,” the auctioneer added. The 1969-D 5-cent coin in the auction improved on the $30,550 that it realized when offered at a 2016 auction. 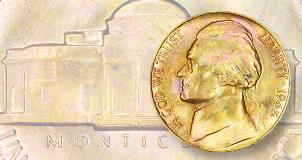 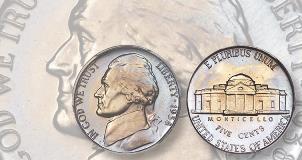