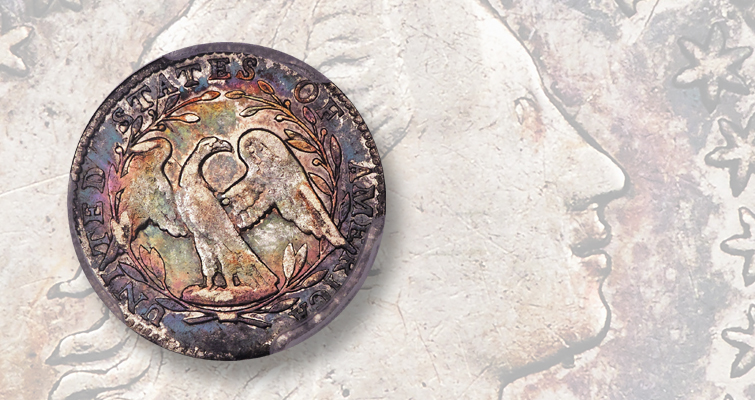 Colorful toning enlivens the surfaces of this 1795 Flowing Hair half dime graded Very Fine 35 that sold for $3,840 at Heritage’s relocated FUN auctions in Dallas.

One does not often expect colorful toning on well-circulated coins, as seen on this 1795 Flowing Hair half dime graded Very Fine 35 by Professional Coin Grading Service. The coin in Heritage’s Jan. 21 auction in Dallas is an exception.

Listed as LM-8 in Federal Half Dimes, 1792–1837 by Russell Logan and John McCloskey, the variety is characterized by a radial crack through the Y in LIBERTY to Liberty’s nose on the obverse and a reverse with a berry below the first S in STATES.

The firm acknowledges, “The central strike shows incompleteness, but marks are confined to the obverse, and are minor for the grade.” The variety is not particularly rare, but the eye appeal was unusually charming, and Heritage suggested that it would find a nice home in a type set.

The obverse of the coin features a portrait of Liberty with flowing hair facing to the right, while the reverse is of a Small Eagle design. Similar designs were used on other contemporary silver denominations. The identity of the designer is uncertain, but the engraver was Robert Scot. The designs were used only in 1794 and 1795. 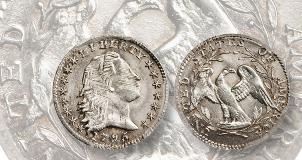 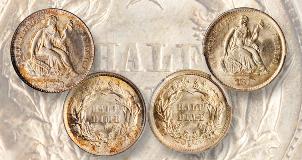 Market Analysis: Moving Mint mark can be found on 1872-S half dimes 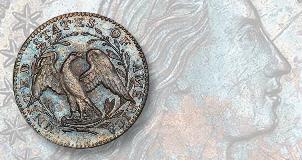