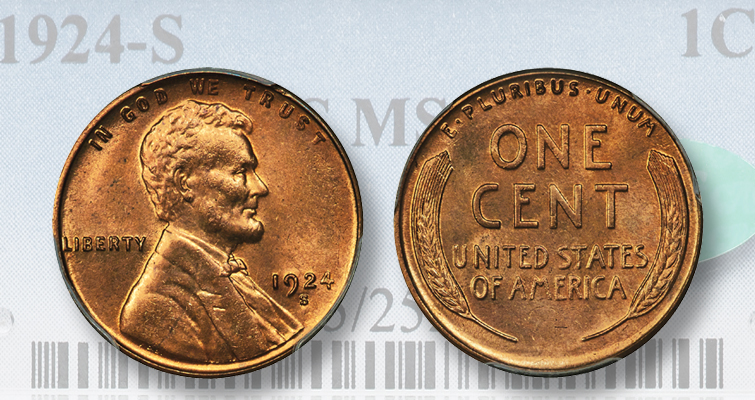 In the Lincoln, Wheat series, many San Francisco Mint issues from the first several decades of the issue are very rare in top Mint State grades.

One of these is the 1924-S Lincoln cent, which has a serviceable mintage approaching 12 million cents, although few were saved around the time of issue with most entering circulation. Heritage suggests that the issue “was not released into circulation until 1925, which might have caused collectors to miss it when they updated their collections in 1924.”

The cent offered in Heritage’s June sale of the GL & SL Stonebarger Collection, graded Mint State 65 red by Professional Coin Grading Service, is one of 11 in this grade at PCGS with none finer. The coin has a green Certified Acceptance Corp. sticker.

Heritage adds, “This 1924-S is from the famous Duckor Collection and is a delightful Gem, with impeccably preserved original red-orange surfaces and satiny mint luster.” 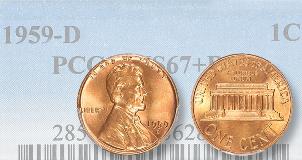 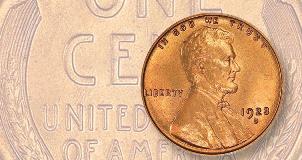 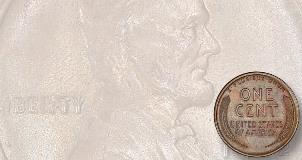