Margo Russell was best choice as editor of Coin World 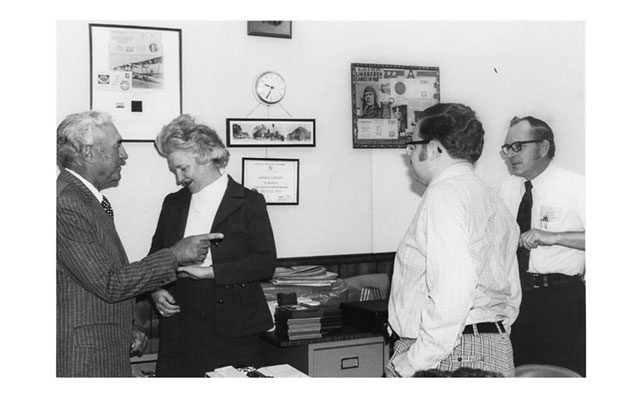 I continue my reminiscences of Margo Russell, who served as editor of Coin World for 23 years, beginning in 1961. Coin World made its debut April 21, 1960, D. Wayne (“Dick”) Johnson as editor. Dick departed in 1961, and Margo Russell, a seasoned newspaper writer for the Sidney Daily News, was brought in as a placeholder until an editor could be found.

No new editor was found, and Margo stayed in the position. She was an improbable choice, said many of the graybeards in the hobby.

What could a woman (scarce in leadership positions at the time) who was not even a coin collector possibly do?

J. Oliver Amos, head of the Sidney Printing and Publishing Co., suggested to Margo that I be on her short list of people to call for advice. She did, and I became Coin World’s unofficial determiner of authenticity for United States coins and so finalizer as to whether a newly discovered variety was significant. Among the finds sent to me were the 1938-D/S Indian Head 5-cent coin and the 1858 over inverted 1858 Seated Liberty half dime.

In time, Coin World built its own in-house staff of highly qualified experts, a veritable “think tank,” but I still worked with them for years afterward.

In 1962, Margo asked me to write “Numismatic Depth Study,” the forerunner of “The Joy of Collecting” column you are reading now. That was 53 years ago!

Margo could not have been a better choice. A born newshawk and also a lady of intelligence and with a warm personality, she telephoned dozens of hobby leaders, talked with them, and listened to what they had to say. She also attended coin shows. The Numismatist, in reporting about the 1962 American Numismatic Association convention, said she was “seen almost everywhere.”

She led Coin World to a peak circulation of 170,000 in 1965, a figure that amazed everyone, including J. Oliver Amos.

About two dozen hobby leaders came from all over the country and immersed themselves in the title subjects. By then she had been awarded just about every high honor numismatics had to offer.