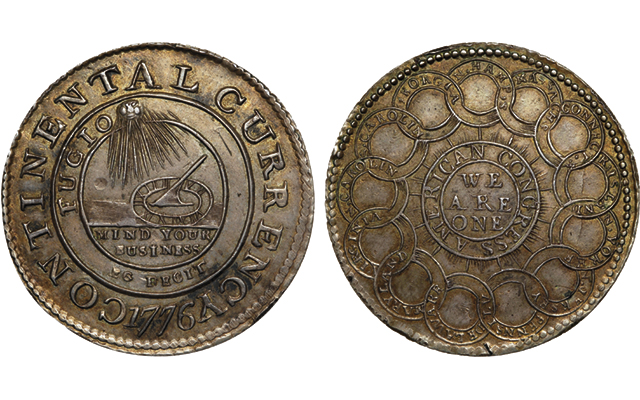 Millions of dollars in rare coins entered the market in 2014 from several landmark collections, while major auctions in 2015 and beyond were also announced.

The year saw the continuation of Heritage’s auctions of the Eric P. Newman Collection, which he amassed over a period of 90 years. More than $55 million has been realized over Heritage’s five Newman auctions so far, with more to go in 2015 and beyond.

The year also saw Heritage’s offering of Pennsylvania numismatist Eugene H. Gardner’s collection, scheduled to be sold at four auctions in New York in 2014 and 2015.

Gardner’s collection is especially strong in Seated Liberty and Barber silver coins, as well as early U.S. copper and silver coins, and he purchased around two-thirds of his coins via public auction, many within the past few years.

He elected to spread his collection over various auctions to allow collectors a chance to stretch their bidding over the course of several auctions.

2014 saw the announcement of Heritage’s sale of the Donald Partrick Collection in 2015 and beyond.

The Partrick Collection’s superlative group of a dozen 1792 pattern coins, and many other landmark Colonial coin rarities will anchor the firm’s 2015 Florida United Numismatists auctions and future installments are scheduled for its 2015 and 2016 American Numismatic Association auctions and the 2016 FUN auction.

Stack’s Bowers Galleries announced that the first and second auctions of the D. Brent Pogue Collection will take place on May 14, 2015, and Oct. 1, 2015, in New York City.

The vast Pogue holdings include one of three known 1822 Capped Head gold $5 half eagles and the Sultan of Muscat Class I 1804 Draped Bust silver dollar, graded Proof 68 by Professional Coin Grading Service.

The announcement of the upcoming sales of the Pogue Collection — which some knowledgeable dealers have “guesstimated” to be worth $150 million to $200 million — led some to wonder if the market can withstand this many rare coins being offered in a short period. Others contend that this influx of great material is just what the market needs to stay energized and attract new collectors.