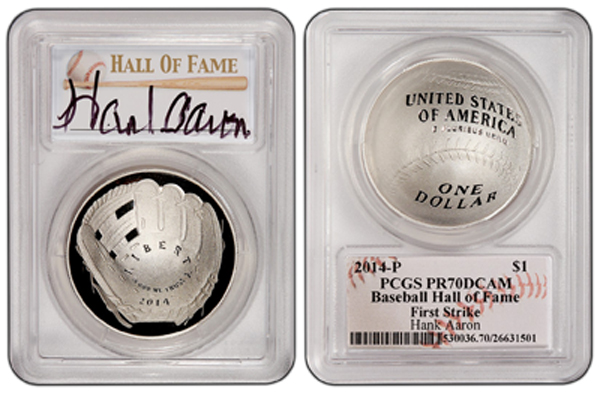 An example of a Hank Aaron autographed insert on a PCGS-certified 2014 Baseball Hall of Fame commemorative silver dollar. 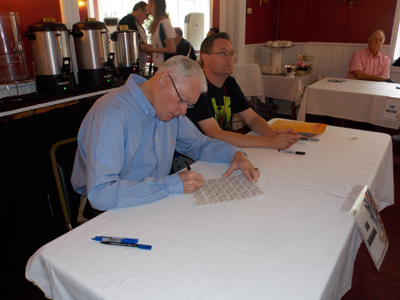 With Major League Baseball’s regular season winding down, one of the major grading services is ramping up a new series of autographed coins.

Apart from the hall-of-famers, a dozen other former all stars provided their signatures, as did Olympic softball gold medal winner Jenny Finch, and artist Cassie McFarland, who designed the coins’ curved baseball glove obverse.

"The Hall of Fame coins have been extremely popular with both coin and sports memorabilia collectors,” PCGS vice president Miles Standish said. "Combining PCGS certification of the coins with authentic signatures of Hall of Fame players' autographs on the inserts is a great way to enjoy both hobbies."

The latest Hall of Fame induction ceremonies in Cooperstown, N.Y., took place in late July. Three of this year's inductees — Tom Glavine, Tony La Russa and Frank Thomas — are among the PCGS signors.

The Hall of Fame members participating in the PCGS autographed coin program are:

All the autographs are signed in the presence of a PCGS representative.