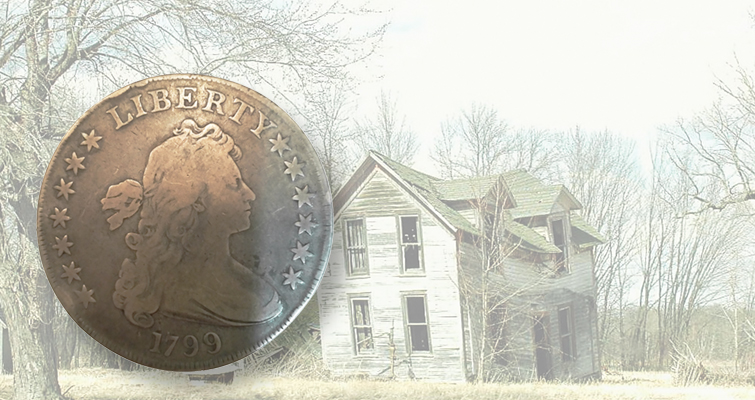 In the early 19th century, when a 1799 Draped Bust silver dollar could be found in circulation, a dollar could buy an acre of farmland in some places. 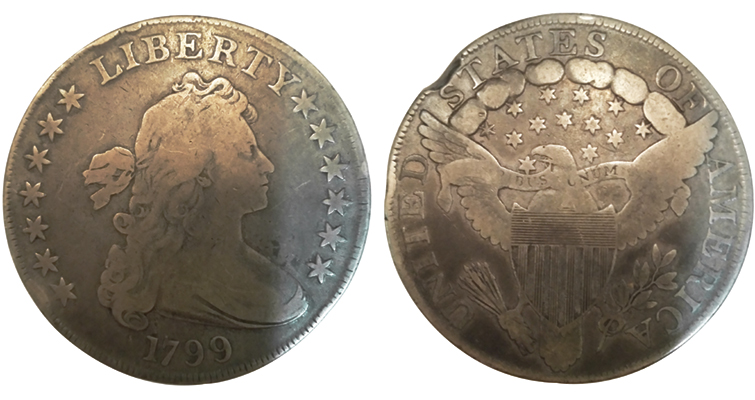 When Michigan changed from territory to state in 1837, this 1799 silver dollar could easily still have been in circulation — and could have bought an entire one-square-mile farm. The rim gouge could reflect a surreptitious gathering of silver, someone chiseling out a bit more profit from each coin that passed through his hands than his account books would record. 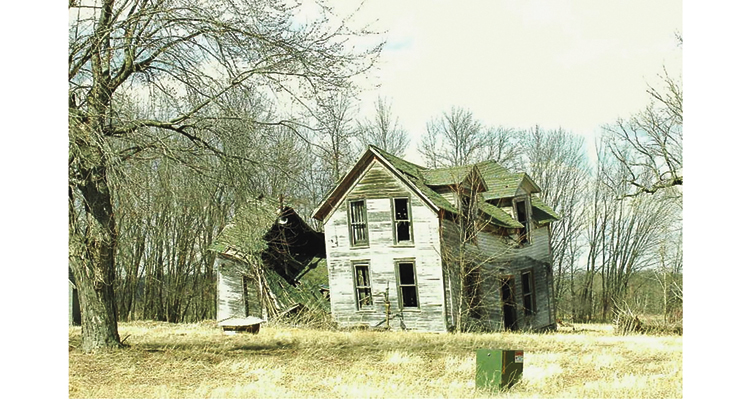 In the early 19th century, a silver dollar could buy an acre of farmland in the Northwest Territory, where a family could build a home.
Previous
Next

Almost every collector alive today has heard numerous times that we should collect the best coins we can possibly afford. As a group, we seem to have a love affair with clean, unmarked, technically excellent or even perfect coins. While such examples will invariably be beautiful, there is something to be said about a coin that has one sort of problem or another. Let me give a wonderful example.

Interestingly, this particular piece was priced at about half of its normal value, because it has what at first glance appears to be a rim bump. The bump, which is at the 8 o’clock position on the obverse, became more interesting when I looked at the corresponding spot, the 10 o’clock position, on the reverse. This wasn’t a bump at all. It was a gouge. And damage like that tells a story.

I live near Detroit, which was the Wild West in 1799, believe it or not. More precisely, it was then part of the Northwest Territory, a designation for land that kept getting farther north and farther west as the 19th century unfolded. When Michigan changed from territory to state in 1837, that 1799 silver dollar could easily still have been in circulation — and could have bought an entire one square mile farm.

Think about both that one-dollar price for a farm and that gouge or silver stealing mark for a moment. We can assume most folks would still have taken the dollar coin for a full dollar, in any transaction, despite its imperfection. But if a person with a small chisel, and perhaps an anvil upon which to brace this dollar coin, stole one or two cents worth of silver when making that gouge — and did the same thing with 50 to 100 other silver dollars? Well, that’s a farm’s worth of silver a person could have managed to accumulate, one gouge at a time.

There were most likely plenty of other big purchases a person could have made with a dollar’s worth of silver as the 18th century ended and the 19th began; so we can’t be entirely sure our now-imperfect coin was part of someone’s personal land grab. But still, today, in a time when we place a premium on collecting beautiful coins that are as perfect as can be, possessing Mint luster and sharp details, this imperfection on my 1799 silver dollar is what makes it, well, perfect. And that’s worth collecting.

Mark Benvenuto is a longtime collector, researcher, writer and occasional contributor to Coin World, who also often promotes the hobby through public presentations.