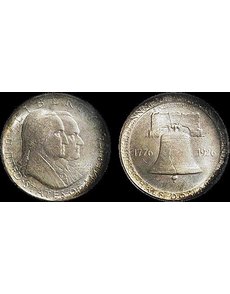 Calvin Coolidge first appeared on a U.S. coin in 1926 when he shared the obverse of the American Independence Sesquicentennial half dollar with George Washington. Coolidge is back again in 2014 on the Presidential dollar.

This year people you can hate or love from personal experience will be making a visit to a dollar coin near you. The Presidential dollar program for 2014 moves into the 1920s, 1930s and 1940s, decades many collectors alive today remember.

First up is Warren G. Harding, president from 1921 to 1923. The Ohio Republican is mostly remembered for the Teapot Dome scandal in which government oil reserve land was cheaply and illegally leased to oil company executives. The affair tarnished Harding and led to the imprisonment of his interior secretary, Albert B. Fall, the first and only cabinet member to be jailed.

Harding died while still in office, in his 57th year. The cause of death is officially listed as a heart attack. Rumors began circulating immediately after his death that his wife poisoned him for philandering. She refused to allow an autopsy and burned most of his private and public papers in the days after his death.

The few collectors among us who are in their 90s may remember him. This year’s dollar marks Harding’s first appearance on a United States coin.

He took the oath of office after Harding’s death and served until 1929. Coolidge, the only president to appear on a U.S. coin while still alive, appears together with George Washington on the obverse of the 1926 U.S. Sesquicentennial of Independence commemorative half dollar.

A year before the nation collapsed into the Great Depression, Coolidge famously chose not to run again. He helped restore dignity to the office of president after the Harding years and championed small government and low taxes. Collectors older than 85 were alive during his tenure.

Herbert Hoover, president from 1929 to 1933, is known for both heading World War I humanitarian efforts and presiding over the start of the Great Depression. Hoover, a Republican, led American efforts to provide food for Europe during and after the war.

In 1932, Hoover garnered less than 40 percent of the vote as the nation’s economy fell apart. He spent the next several years vigorously attacking victor Franklin D. Roosevelt’s New Deal as a “repudiation of Democracy.”

The theme of that election — the scope of government — remains with us today, framing the underlying discussion of almost every election since. Collectors over 80 may remember Hoover, though likely not with passion.

Feelings rise to the surface, though, with the president who appears on the last 2014 Presidential dollar — Franklin D. Roosevelt. Roosevelt, the only Democrat depicted on this year’s coins, has appeared on the dime since 1946, the year after his death, and on the 1997-W Franklin Delano Roosevelt gold $5 commemorative coin.

The first Roosevelt coin helped defeat polio — the source of summer nightmares for baby boomers until a vaccine was developed in the mid-1950s. Roosevelt, who came down with the disease at 39, founded the National Foundation for Infantile Paralysis in the late 1930s. Its chief fundraiser was the annual March of Dimes campaign.

The dime was a natural vehicle to honor Roosevelt after he died in 1945.

Roosevelt, who won four presidential elections, saw the nation through the Great Depression and World War II. Collectors over the age of 69 may remember and either revere or revile this singularly important president.