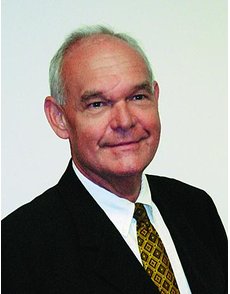 Mr. Deeds, who was involved in the coin business for 50 years, began his career as a professional numismatist in 1963 when, as a high school student, he managed a coin shop in his hometown of Inglewood, Calif.

Mr. Deeds served as senior numismatist and company president in many coin and auction firms.

In 2010 Mr. Deeds established two firms — Morgan Gold, and Stephen Deeds Rare Coins — both in Irvine, Calif. His focus was on the sale of classic U.S. gold coinage along with European gold coinage and modern bullion coins.

Both companies “remain strong and active in the industry,” according to Louis Palafoutas, executive vice president of both companies.

“Steve was someone I knew 30 years and he will be dearly missed,” Palafoutas said in a tribute posted on the Certified Coin Exchange website. “Steve’s primary concern was to conduct business with the highest ethical standards, [and] this philosophy lives on in his companies. Morgan Gold will continue operating and conducting business.”

“He was a stalwart supporter and invaluable advisor to us. He orchestrated some of the largest deals in coins; perhaps the most notable was the Redfield Hoard, which he purchased with two partners in the 1970s. This hoard contained over 500,000 Morgan and Peace Dollars!” Russell wrote.

“I remember him telling me of the early 1970s in New York City, where he operated a shop. In 1973 alone, he made over $100 million in coin sales. Even 40 years later that is a staggering number; in 1973 it was unheard of. It was the beginning of a glorious career in the coin business that ended far too soon,” Russell wrote.

David Hall, in a tribute published at Certified Coin Exchange, recalled that he met Mr. Deeds in 1966 and by the 1970s they had become good friends.

“Steve and I used to play racquetball every morning before work. We were horrible but enthusiastic. He was always a fun person to do things with. He had such a zest for life,” Hall wrote.

In addition to his business dealings, Mr. Deeds in 1999 was instrumental in recovering a rare coin missing since a 1967 robbery.

When Mr. Deeds worked as senior numismatist for Superior Stamp & Coin of Beverly Hills, Calif., he identified as the missing Willis H. duPont specimen a Proof 1866 Seated Liberty, No Motto half dollar sold to Superior. The half dollar, which is unique, was stolen during a robbery at the duPont home in 1967, along with many other extreme rarities.

Superior purchased the coin over the counter from an unidentified seller in September 1999. After Mr. Deeds examined the piece and did some further research, it was confirmed the coin was the duPont specimen that had been stolen.

During his career he served as director of numismatic auctions at Superior Galleries in Beverly Hills, Calif.

In February of 2004 Mr. Deeds became president of Auctions by Bowers and Merena after it was acquired by Spectrum Numismatics International located in Irvine, Calif. In 2010, Mr. Deeds left Bowers & Merena to start his own firms.

The funeral arrangements have been finalized by Deeds’ family.