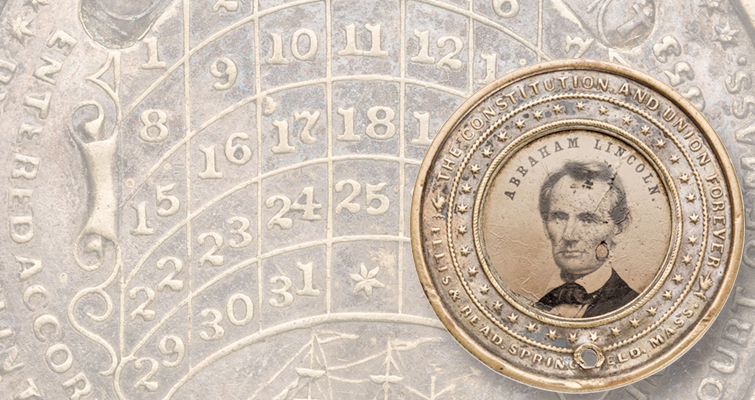 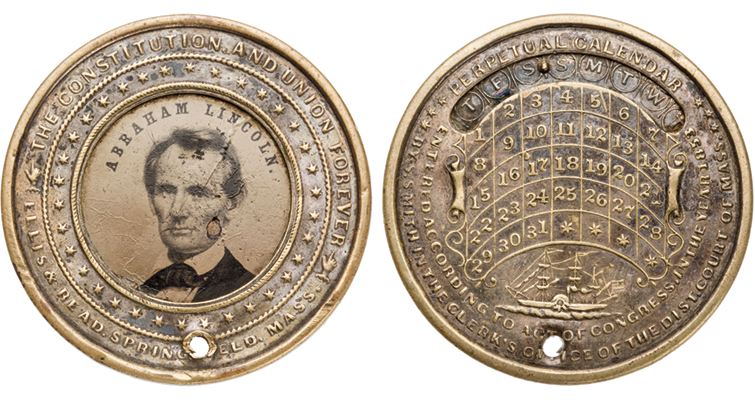 Although holed, the Lincoln perpetual calendar is among the highest sought after ferrotypes by collectors. 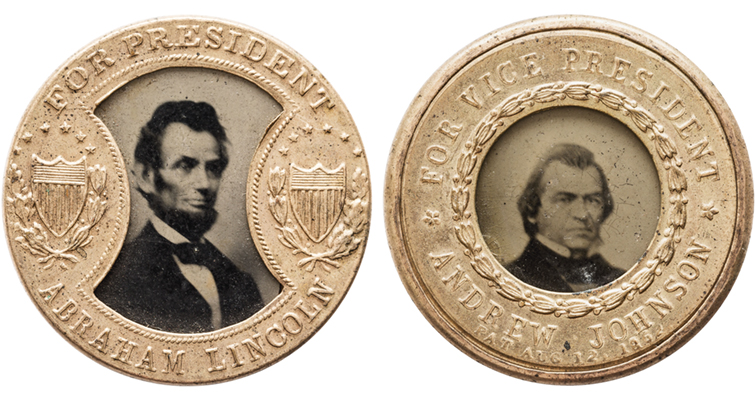 The Lincoln/Johnson ferrotypes are on a frame originally designs for encased postage. 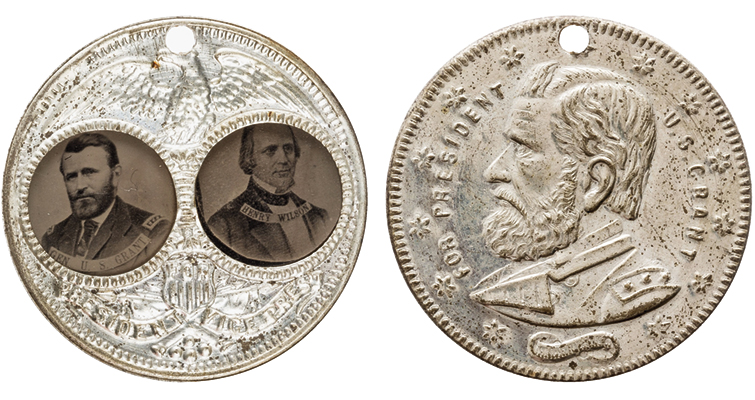 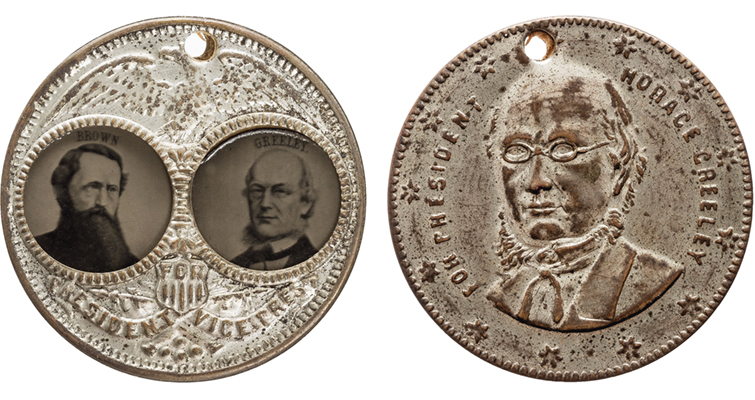 A 1.5.-inch silvered brass perpetual calendar with ferrotype portrait of a beardless Abraham Lincoln highlights the Feb. 27 fourth and final sale by Heritage Auctions of memorabilia from the Merrill C. Berman Political Collection.

Although holed below Lincoln's portrait, the political piece is still considered to be one of the top ferrotypes issued regardless of condition. According to the auction lot description, "it was likely issued during the early days of the Civil War as no matching pieces are known for his 1860 opponents."

A patent for the perpetual calendar ferrotype was entered by an S. Smith in 1853 in Springfield District Court in Massachusetts. The Springfield firm of Ellis & Read distributed several of the calendars with their name appearing on the obverse, including the piece offered.

Also known as a tintype, a ferrotype is a photograph made by creating a direct positive on a thin sheet of metal coated with a dark lacquer or enamel and used as the support for the photographic emulsion.

Among the other items of interest are a matched pair of ferrotype jugates featuring President Ulysses S. Grant and his 1872 Republican running mate, Sen. Henry Wilson from Massachusetts, and Liberal Republican presidential candidate Horace Greeley and running mate, Benjamin Gratz Brown; and an Abraham Lincoln/Andrew Johnson 1864 campaign ferrotype in a frame originally developed by John Gault for encased postage.

On the ferrotype jugates, ferrotype portraits are set into brass shell frames with full original silvering. A high relief portrait of presidential candidate Grant or Greeley appears on the reverse of each candidate's respective piece.

The Lincoln/Johnson piece has a ferrotype portrait of Lincoln on the obverse and of Johnson on the reverse of the 25-millimeter campaign piece. 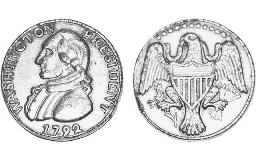 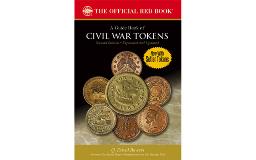 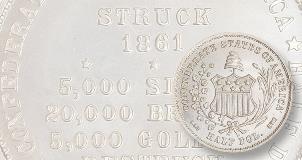