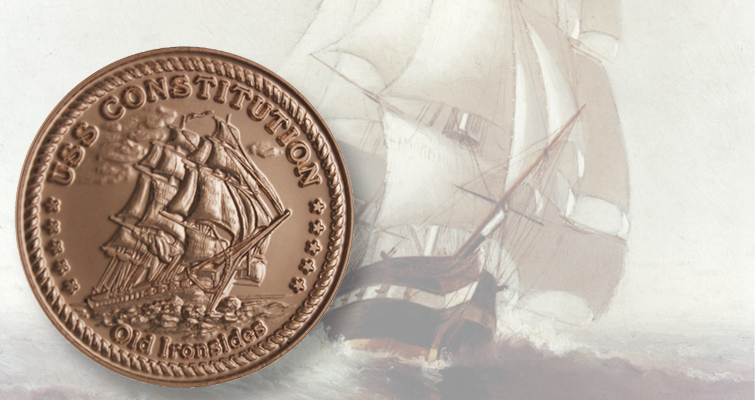 Relic medal featuring the USS Constitution on the obverse was struck from copper sheets salvaged from the ship's hull during restoration. 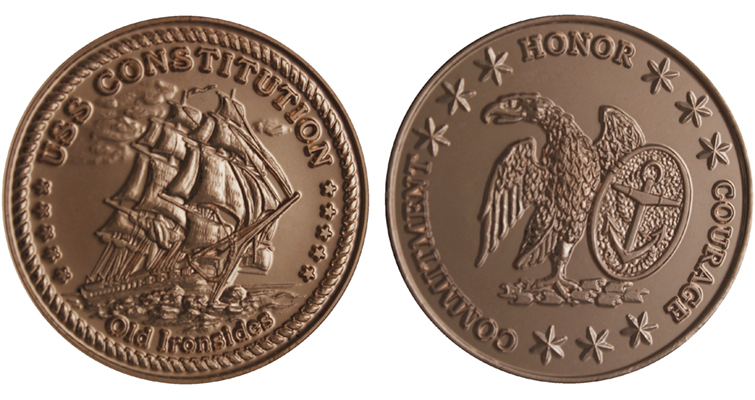 The relic medal is limited to a release of 6,000 pieces struck in copper. 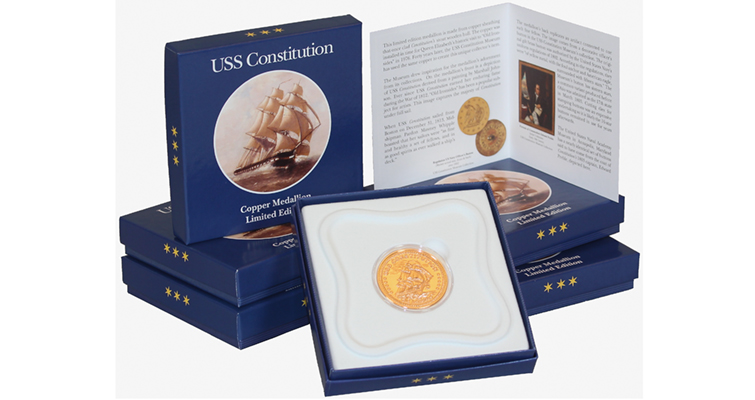 Each copper medal is housed in special presentation case with historical information. 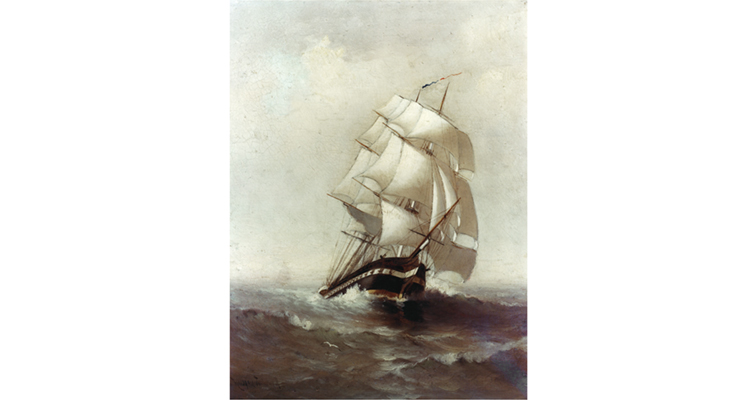 The rendition of the USS Constitution for the relic medal's obverse is based on a circa 1896 painting by Marshall Johnson Jr. of the vessel under sail during its eastbound voyage around the world from May 30, 1844, to Sept. 27, 1846, while under the command of Capt. John Percival. 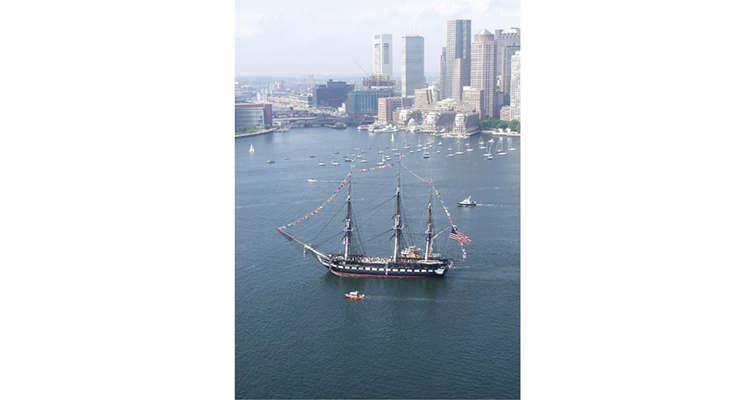 Aerial view of the port side of the USS Constitution under sail in Boston Harbor.

USS Constitution Museum press release offers a limited-edition copper medal struck from copper sheets removed from the Constitution's hull during its current restoration. The frigate was launched in 1797 and is still commissioned by the U.S. Navy.

“Old Ironsides” is presently under restoration in dry dock — her first in the 21st century—just steps outside the Museum’s doors. Visitors to the Charlestown Navy Yard and Museum can view USS Constitution’s bare hull and sign a copper sheet that will replace those removed. “We offer many opportunities for visitors to be a part of history,” said Rand. “And now they can own a piece of it!”

As USS Constitution is the epitome of American-made, so too is this medallion. Rand said, “It is a wonderful gift for patriotic Americans.” The medallions were struck in July by Salvadore Tool & Findings, Inc., located in Providence, Rhode Island, using the removed sheets of copper recycled by the USS Constitution Museum.

The obverse of the medallion depicts USS Constitution under full sail encircled by the words “USS CONSTITUTION” and “OLD IRONSIDES.” The image is taken from an oil painting by Marshall Johnson (1850-1921), owned by the USS Constitution Museum.

A decorative officer’s button inspired the medallion's reverse. Currently part of the Museum's collection, the original gilt brass button was authorized by the Navy's uniform regulations of 1802 and depicts an American bald eagle and anchor. The Museum embellished the image with legends stating the core values of the United States Navy: HONOR, COURAGE, and COMMITMENT.

The USS Constitution Collector’s Medallion is a limited edition of 6,000 pieces; each text card included with the medallion details the elements of the piece and is appropriately numbered. This is the first medallion to be struck out of a set of three scheduled to be released. At an introductory price of $39.95, each medallion measures 1.52 inches in diameter and weighs approximately 20 grams. They are sealed in an acrylic holder and presented in a handsome box featuring the Johnson painting.

The medallion is made exclusively for and under the oversight of the USS Constitution Museum. To purchase, visit http://store.ussconstitutionmuseum.org/. All proceeds will support the Museum’s mission to serve as the memory and educational voice of USS Constitution.

About the USS Constitution Museum