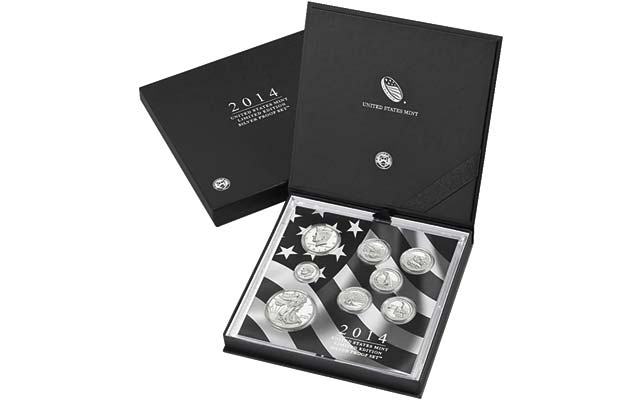 Mint spokesman Michael White said the set's release was delayed into 2015 because of packaging issues.

"We were making improvements based on returns from the 2013 set," White said. "This took longer than expected and we were not able to have the sets assembled until March. The coins were all produced in 2014."

The set contains the following: