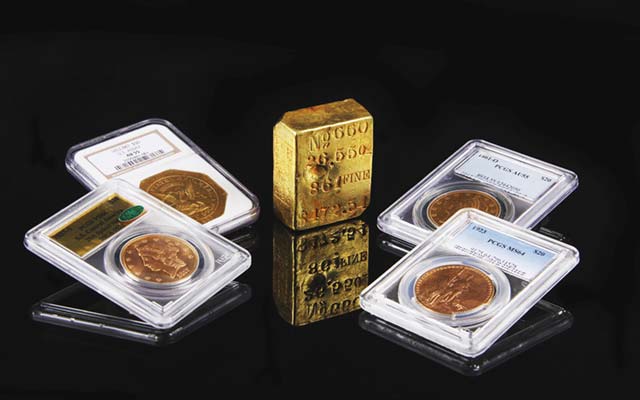 A recent sale by Leland Little Auctions included a gold ingot and coins recovered from the shipwreck of the SS Central America. 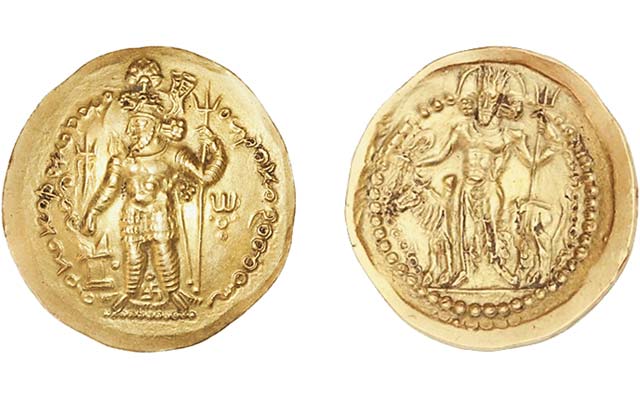 Ancient Indian gold coins sold include this circa 300 A.D. dinar from the Kushano-Sassanian rulers.

The following is a news release from Leland Little Auctions:

Leland Little Auctions, based in North Carolina’s dynamic Research Triangle since 1998, has sold nearly a million dollars worth of collectible coins following the November 2014 debut of its custom Internet auction platform.

The company’s first online-only coin sale was of a single consignor’s collection of 171 NGC-certified classic U.S. gold coins. Every lot sold at or above current market levels.

Earlier, on February 10, Leland Little Auctions offered a South Asian study collection assembled in the early 1960s by the late Robert N. Cook, Jr. The sale opened with a vigorous run of Kushano-Sassanian, Kushan and Mughal gold coins. These were followed by an extensive offering of Greco-Bactrian material that included an elusive tetradrachm of the obscure ruler Plato. An impressive rarity by any standard, this NGC-certified ancient coin sold for $8,740.

Leland Little Auctions is committed to enhancing the presentation and value of fine coin collections through the ongoing advancement of interactive auction technologies. You may learn more about the company at www.lelandlittle.com. For specific coin-related inquiries, please contact Numismatic Director Rob Golan rob@lelandlittle.com.