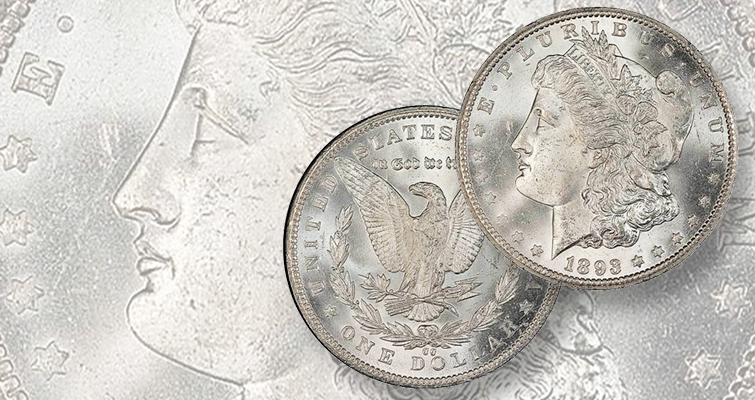 An 1893-CC Morgan dollar graded PCGS MS-65 with a green CAC sticker was the top dollar at Legend’s Regency 32 auction in New Orleans. 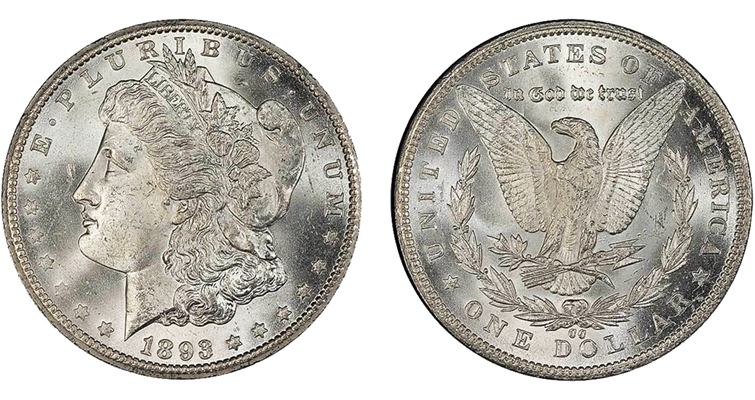 Popular as the last of the Carson City Mint Morgan dollars, the majority of the survivors from the 677,000 mintage remain Uncirculated, but true Gem examples like this one are rare.

Leading the three was an 1893-CC Morgan dollar from the Cornet Collection II graded Professional Coin Grading Service Mint State 65 with a green Certified Acceptance Corp. sticker that brought $152,750, improving on the $129,950 it realized when Legend sold it June 25, 2015, as part of the Coronet Collection.

The issue is popular as the last of the Carson City Mint Morgan dollars, and, while the majority of the survivors from the 677,000 mintage remain Uncirculated, true Gem examples like the subject coin are rare.

Legend wrote, “This is a really nice piece, especially for a date that is famous for not coming in nice condition. You’ll typically see them flat or hacked up, but this coin is far from either,” before suggesting that the current PCGS Population Report for the issue which counts a dozen in MS-65, may be inflated with resubmissions. 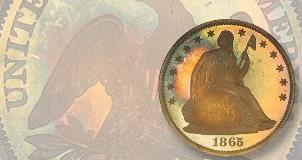 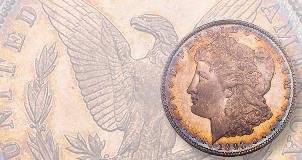 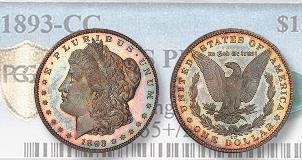