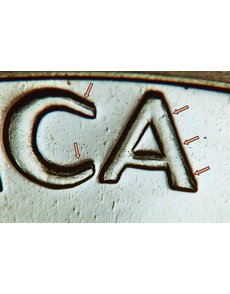 Doubling can be seen on the CA of AMERICA on the Proof 1959 Franklin, Doubled Die Reverse half dollar submitted by Tony Russo. 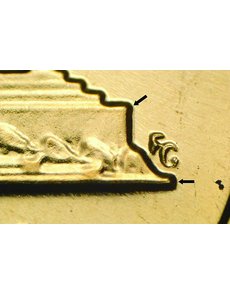 William R. Hostutler submitted this Proof 1964 Lincoln cent that shows nice doubling to the designer’s initials and the bottom right corner of the Lincoln Memorial. 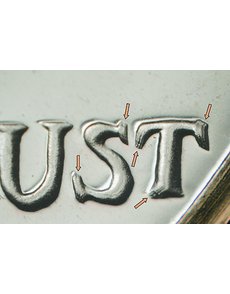 Dennis Fisher submitted this Proof 1964 Kennedy half dollar that was struck from a quadrupled obverse die. Four distinct images are easily seen on the upper left of the t. 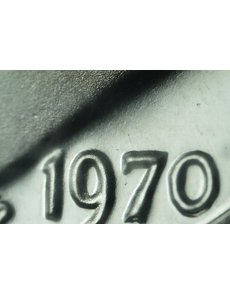 An example of the rare Proof 1970-S Roosevelt, No S dime variety was submitted by Don Boutsisomphone.

This month, we are featuring four different die varieties from four different Coin World readers. Despite significant differences, they have one thing in common, and that is extreme rarity.

I have this one listed as 1959 50¢ Pr WDDR-001. The variety is illustrated in Treasure Hunting Franklin and Kennedy Half Dollar Doubled Dies, a book I co-authored with Kevin Flynn. Now here’s the exciting part. Proof reverse dies for half dollars are used to strike about 3,000 coins before being retired from use, so it is highly unlikely more than 3,000 examples of this variety exist, making it extremely rare.

William R. Hostutler submitted a Proof 1964 Lincoln, Doubled Die Reverse cent with a counterclockwise spread on the designer’s initials, the right base of the Memorial, UNITED STATES OF AMERICA, ONE CENT and E PLURIBUS UNUM. I have it listed as 1964 1¢ Pr WDDR-053 and since it was struck by Proof dies, it too has an estimated mintage of about 3,000 coins.

A Proof 1964 Kennedy half dollar, submitted by Dennis Fisher, was struck by an obverse die that was quadrupled. Four close images spread toward the center show on the letters of IN GOD WE TRUST, the date, the ERTY of LIBERTY and the hair details on the back of the head. Listed as 1964 50¢ Pr WDDO-028, it can boast an estimated mintage of 2,500 coins making it even scarcer than the first two varieties illustrated.

Topping things off for this month is an example of the Proof 1970-S Roosevelt dime that is missing the S Mint mark. The coin was submitted by Don Boutsisomphone and as a Proof dime variety it has a probable mintage of 2,500 coins. The March 2012 issue of the Coin World “U.S. Coin Values” guide puts this one at $1,000 for Proof 65 examples and $1,200 for Proof 67 pieces. Sweet!