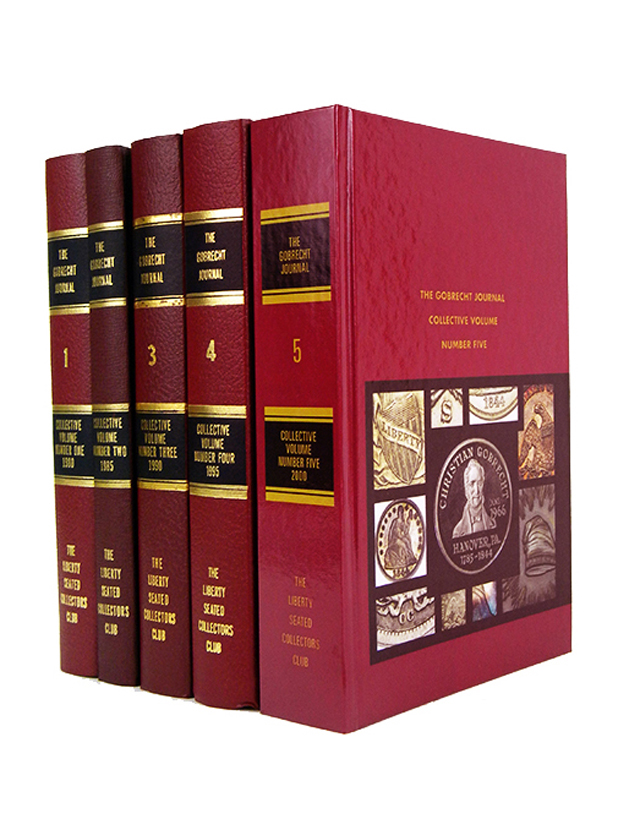 Kolbe & Fanning has been named exclusive distributor of The Gobrecht Journal Collective Volumes, the specially bound editions of the publication of the Liberty Seated Collectors Club.

The firm is the joint business of numismatic literature specialists George Frederick Kolbe and David Fanning.

The Gobrecht Journal takes its name from Christian Gobrecht, the chief engraver of the U.S. Mint who in the late 1830s designed the Seated Liberty design first used on the silver dollars of 1836 to 1839 (both circulation strikes and patterns) that today are called by his last name. The design was then used on most 19th century U.S. silver coinage until the 1890s. The Liberty Seated Collectors Club, or LSCC, was founded in 1973 to share information and publish research on Gobrecht's coinage, which it has done through 120 issues of the journal.

The numismatic literature firm notes in a press release, "Published by the Liberty Seated Collectors Club since 1974, The Gobrecht Journal is an invaluable source of information on the Liberty Seated coinages. The Collective Volumes ensure that articles published in individual issues are preserved for future generations of collectors who may not have the original issues."

The editor of past editions of the Collective Volumes, longtime LSCC member and journal editor John McCloskey (who recently retired from the editorship), took articles that had appeared in a run of The Gobrecht Journal and arrange them into groupings under common themes rather than just binding individual issues of the journal between hard covers. Each Collective Volume would contain articles of a general nature in one section, and then the rest of the articles by denomination from half dime to dollar.

To date, five Collective Volumes have been published by LSCC. The latest volume compiles articles from the journals published from late 1995 to 2000.

All five Gobrecht Journal Collective Volumes are available from Kolbe & Fanning. Volumes 1 and 2 are priced at $29 each, with volume 3 priced at $34. Volume 4 is priced at $44 and volume 5 is priced at $60. A complete set of all five volumes is priced at $175.