Knight to conduct coin auction in conjunction with TNA show 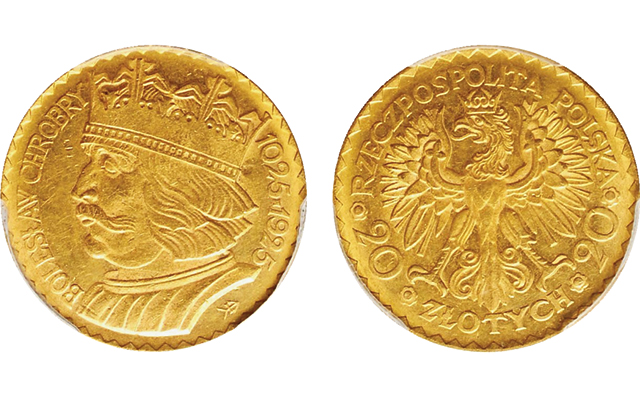 This Polish 1925 gold 20-zloty coin features an image of the first king of Poland, Boleslaw, on the obverse. The coin was graded Mint State 62 by Professional Coin Grading Services. 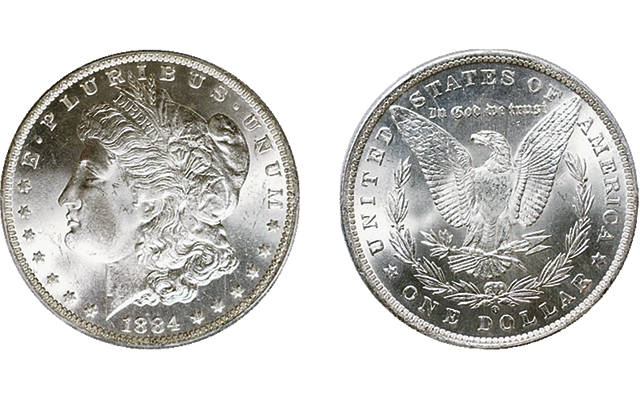 This 1884-O Morgan silver dollar, graded Mint State 66 by PCGS, is described in the auction catalog as “flashy and clean” and “dripping with luster.”

Lyn Knight Auctions will conduct a live Internet-only coin auction May 19 and 20 in conjunction with the Texas Numismatic Association’s annual show, May 16 to 18, in Arlington, Texas, at the Arlington Convention Center.

In addition, a Knight live session to be conducted at the show May 19 will offer 456 lots of world coins, many from the Dr. Richard Bode Collection of the Philippines and other related countries.

World coins in the auction include a 1925 gold 20-zloty coin struck during the second Polish Republic. It features an image of Boleslaw on the obverse, who was the first king of Poland. The coin commemorates the 900th anniversary of his coronation.

The coin has a “couple of small marks in front of the crown and a small void below the date,” according to the catalog. In total, 27,000 of the coins were minted and none was released into circulation. The coin contains 0.1867 ounce of gold, was graded Mint State 62 by Professional Coin Grading Service, and is estimated to bring between $400 and $700.

Among the lots offered is an 1884-O Morgan silver dollar described in the auction catalog as “flashy and clean” and “dripping with luster.” The catalog also notes a few hairlines on the coin. The coin was graded MS-66 by PCGS.