Home Hobbyist: What is your lifelong passion? 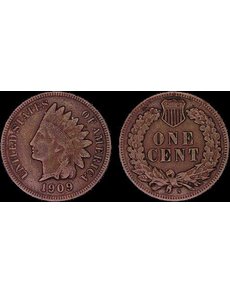 Image of the author’s coin courtesy of PCGS Secure.

Typical collectors start out collecting a variety of coins — often anything that catches their fancy — and then decide on a favorite denomination, type or series.

Rather than immerse myself in collecting entire sets, or in assembling the best affordable type or date sets, I decided to look into semi-key- and key-date coins of various denominations and series.

I switched to semi-key- and key date coins rather than spend my limited hobby budget on new collections or on upgrading existing ones in my set registries.

You probably have a lifelong passion for certain denominations, varieties or series. Mine are deep mirror prooflike Morgan dollars and rainbow-toned silver American Eagles. I’ll always collect those. I do like other series, but not enough to invest the time and money to collect a complete set.

But at this phase in the hobby, after collecting now for a half century, I wanted to expose myself to different denominations and types, as well as holdered examples of some coins parallel to my raw collections.

For instance, I have a complete Lincoln, Wheat cent collection in a Dansco folder. But I don’t have a holdered set of Wheat cents, which includes too many common coins. So I focused on these key dates in Professional Coin Grading Service and Numismatic Guaranty Corp. encapsulations: 1909-S V.D.B., 1909-S, 1914-D, the No D version of 1922-D, 1931-S and 1955 Doubled Die.

Focusing on semi-key- and key-date coins opens a learning opportunity. You study the history of our hobby from a design as well as rarity perspective. You encounter series in which you previously took no interest, and that now may rekindle new hobby passion.

A lifelong journey in numismatics takes several routes and trajectories. Which one are you on at the moment?