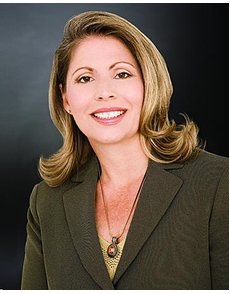 McFadden joined ICTA on Oct. 1 and is being aided in the transition to her new post by Eloise Ullman, who is retiring as ICTA executive director Oct. 31.

McFadden was selected from more than six dozen applicants for the ICTA executive director’s position.

“ICTA is delighted that Kathy has accepted the position of executive director and we look forward to working with her to expand the scope and improve the effectiveness of the Industry Council,” said Robert J. Greenstein, ICTA chairman and manager of United States Coins for Harlan J. Berk Ltd. in Chicago. “We received more than 70 applications for the executive director position and a number of them were quite impressive. In the end, Kathy stood out above all the other candidates.”

For the past decade, McFadden has been president of Pivotal Edge Inc., doing business as Fashion Fit Formula, a business she co-founded and grew internationally through both the Internet and traditional marketing approaches.

McFadden has also been a business development consultant focused on branding, marketing and outreach for innovative products and services.

“I look forward to the challenge of growing the size and importance of ICTA as the leading voice for the rare coin and bullion industry,” McFadden said. “I welcome the opportunity to combine my previous experiences as a business owner and an association executive into making ICTA even more successful in the years ahead.”

“Kathy is the embodiment of what the search committee wanted: a seasoned association executive, used to working with and representing independent-minded businesses,” said Harry Miller, ICTA vice-chair and president of Miller’s Mint in Patchogue, N.Y. “We encourage the entire numismatic community to get to know Kathy. We are sure they will be as impressed as we were.” ¦