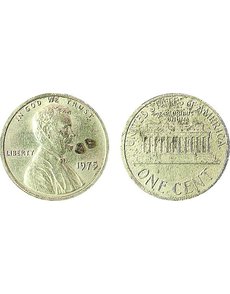 A reader suspects a 1975 Lincoln cent he has may be an aluminum prototype struck by the U.S. Mint. To determine its authenticity, it would need to be examined by an expert. If real, the Secret Service might attempt to seize it.

I read the Coin World story about the 1974 and 1975 Lincoln cents struck in experimental materials like aluminum and bronze-clad steel. I got curious as I have a 1975 Lincoln cent that may be aluminum. I checked the coin with a magnet and it is nonmagnetic, like an aluminum cent would be. This is one I got from a coin dealer’s junk box many years ago.

Mr. Espey refers to a Feb. 21, 2011, Coin World article by Paul Gilkes regarding a Treasury Department investigation on the whereabouts of prototype aluminum Lincoln cents struck by the U.S. Mint in the mid-1970s.

Almost all of the pieces were melted after Congress decided against a change in the cent’s composition, but some of the prototype examples nonetheless escaped into private hands.

The Mint considers possession of the coins by private individuals illegal and subject to seizure. A letter written by the Mint’s chief counsel, Daniel P. Shaver, is quoted in the article: “It is the United States Mint’s position that it produced aluminum one-cent pieces, bearing the inscription ‘1974,’ solely as experimental prototypes.

“Because no individual may acquire valid title to these pieces, it is the United States Mint’s position that they are subject to recovery by the USSS [U.S. Secret Service].”

As so few of these prototype pieces survived, is highly probable that Mr. Espey’s coin owes it aluminum-like appearance to being painted or plated by someone after it left the Mint.

A cent composed of aluminum would not be magnetic, but neither would a normal 1975 Lincoln cent, which is composed of 95 percent copper and 5 percent zinc. To know for sure, the coin would need to be examined by an expert who could authenticate the coin either as one of the Mint’s prototype pieces or an altered coin. This, of course, would require some expense on the reader’s part.

Is it worth the cost and effort to have the cent examined if it turns out to be merely painted or plated? Too, if the coin does turn out to be one of the Mint’s aluminum prototype coins, is it worth the prospect of having it seized by the Secret Service? These are questions only the reader can decide.