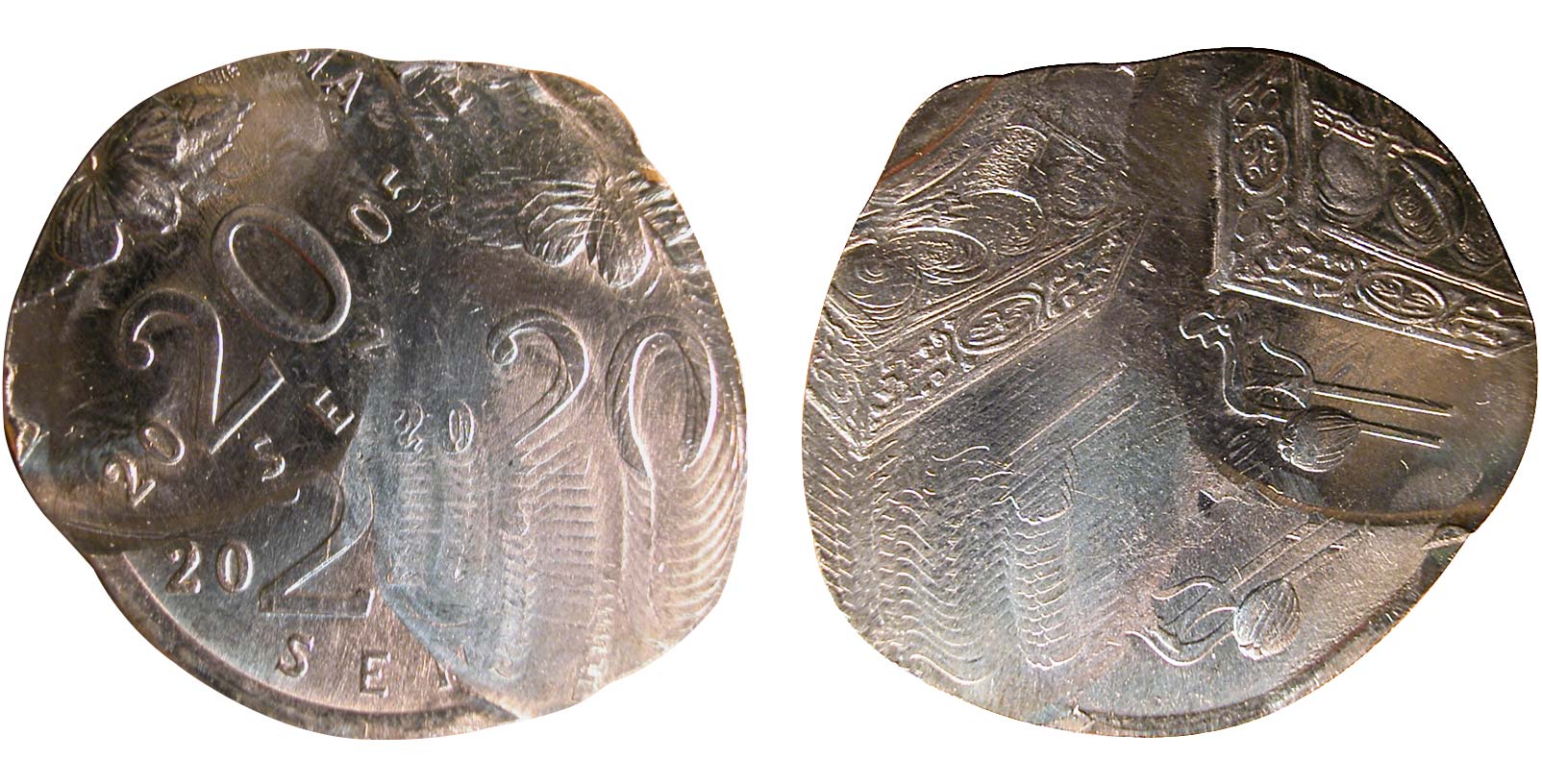 This 2005 Malaysia 1-sen coin was struck 20 times, with 17 of those strikes closely spaced. The coin’s production and release may have been intentional. Images by Mike Diamond. 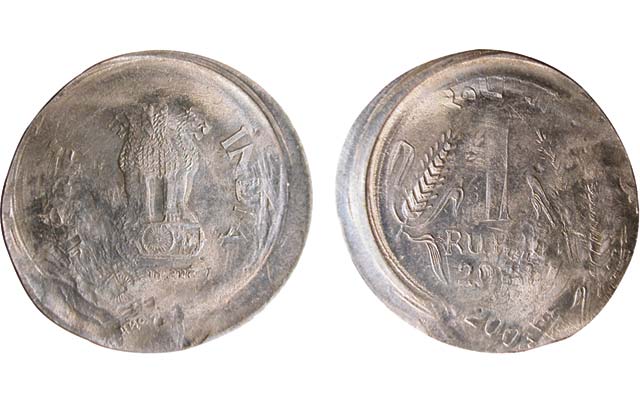 This 2003 India 1-rupee coin was struck a minimum of 16 times. The actual number of strikes may be much higher. 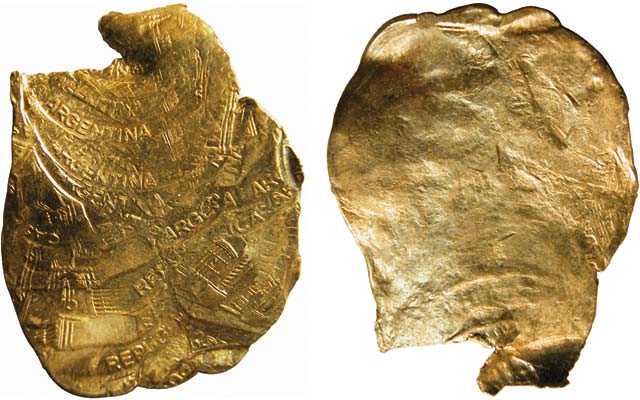 Certain domestic error types are so popular that they’re priced out of reach for most collectors. One of these is the super-multistrike (henceforth abbreviated “super-multi”).

While there is no official Rubicon that separates ordinary multi-struck coins from super-multis, I think any coin struck six or more times should qualify for the latter category. Naturally, as the number of strikes rises, so does a coin’s desirability and value. For domestic issues struck 10 times or more, prices seem to vary between $500 and $1,500.

But cheaper alternatives are available if you’re willing to set aside parochial considerations of nationality. Super-multis produced by other countries can often be acquired for $150 or less.

A large number of super-multis (as well as other error types) emerged from Malaysia in 2005 and 2006. A representative example is a 20-sen coin that was struck 20 times. The first strike was normal while the next 17 strikes were off-center and closely spaced. A final or perhaps penultimate off-center strike was delivered opposite the congested grouping. This uncertainty in strike sequence exists due to the presence of a tiny off-center uniface strike at 11:00 (obverse clock position).

The appearance created by the first 18 strikes is very similar to that seen in the majority of recent domestic super-multis, which date from approximately 1997 and are dominated by quarter dollars. Nearly all of them seem to have been struck by inverted dies (obverse die as anvil die). Inverted dies are associated with high-speed Schuler presses, so I suspect that a similar or identical press design is responsible for the Malaysian errors.

The close, extremely regular spacing of off-center strikes two to 18 suggests that the coin’s movement across the striking chamber may have been propelled only by a bounce the coin took after each impact. Another possibility is that the feeder was exerting a feeble push at 5:00 (obverse clock position) that only managed to nudge the coin a fraction of a millimeter northward after each strike.

Malaysian super-multis bring prices of only around $60 on eBay.

Our next super-multi — a 2003 India 1-rupee coin — shows two tight groupings of off-center strikes. Group 1 consists of at least 12 identifiable strikes, with the first of those about 10 percent off-center. All are very closely spaced. The actual number of strikes may be far greater than my estimate because a staggeringly high density of strike lines appear in the field.

At any rate, after the first grouping was struck, the coin jumped several millimeters to the left and rotated or pivoted counterclockwise about 45 degrees before another series of off-center strikes was delivered. Group 2 consists of at least four identifiable strikes, with the spacing between the strikes considerably greater than in the first grouping. The Group 2 strike count is rendered more uncertain because both faces feature relatively large “struck-through” errors, one in the southeast quadrant of the reverse face and one in the corresponding southwest quadrant of the obverse.

This coin sat for quite some time on eBay before I purchased it for about $60.

Our final example — a 1985 Argentina 10-peso piece — was struck at least 20 times. The strikes are more generously spaced than in the previous two examples and show a greater range of orientations. Evidently the coin rotated and shifted around quite a bit during the succession of strikes. Well-spaced strikes always carry a greater premium than closely spaced strikes, which may explain why I had to pay $120 for it.

While the obverse face is die-struck throughout, most of the reverse face was struck against what appears to be a multi-struck coin or pile-up that left behind several brockaged elements. This obstruction left far fewer detectable strikes on the reverse face. Had both faces been die-struck, I expect the coin would have been more expensive.

Read more on errors and die varieties in Coin World: