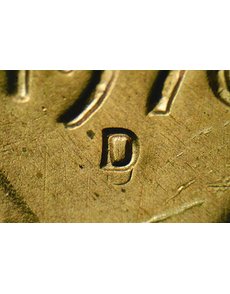 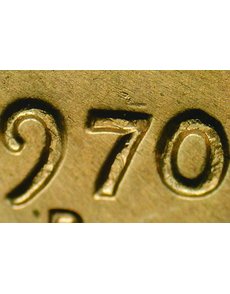 Mr. Holliday’s 1970-D Lincoln cent also has a minor doubled die seen as a partial horizontal bar above the 7 in the date. 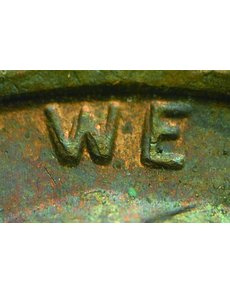 Kenneth Garbowski submitted this 1972 Lincoln, Doubled Die Obverse cent that shows strong doubling to the letters of IN GOD WE TRUST. 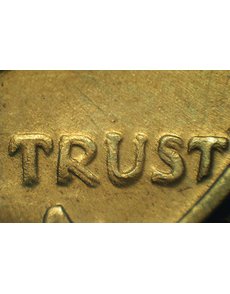 Major doubling is seen on the letters of TRUST on a 1974-D Kennedy half dollar submitted by John C. Manns.

The 1970s comprised an interesting decade in American history. We saw the end of the Vietnam War and the fall of a president to scandal. It was a decade of great music, and it was also a decade that produced some extremely nice die varieties.

Getting us started is a 1970-D Lincoln cent with two different categories of die varieties that was submitted by Scott Holliday.

The nicer variety is a bold repunched Mint mark described as a D/D South. I have this Mint mark variety listed as 1970-D 1¢ WRPM-004. Combined Organizations of Numismatic Error Collectors of America lists it as RPM #2 while the Coppercoins website identifies it as 1970D-1MM-002.

1972 saw the production of the major 1972 Lincoln, Doubled Die Obverse cent, but several “lesser” doubled die obverses were produced that are quite popular due to their inclusion in The Cherrypickers’ Guide to Rare Die Varieties. Kenneth Garbowski was fortunate enough to find an example of the variety that I list as 1972 1¢ WDDO-003. It shows a strong clockwise spread on LIBERTY, IN GOD WE TRUST and the date. Cherrypickers identifies it as FS-01-1972-103 (033.53). Coppercoins lists the variety as 1972P-1DO-003 and CONECA checks in with a listing number of 3-O-I.

As I sit here, writing, we are just three days away from the 50th anniversary President John F. Kennedy’s assassination. It seems a bit surreal that the final submission is a 1974-D Kennedy half dollar with a major doubled die obverse. The 1974-D half dollar was submitted by John C. Manns.

John Wexler is a renowned numismatic researcher and author
on error coins and
die varieties.