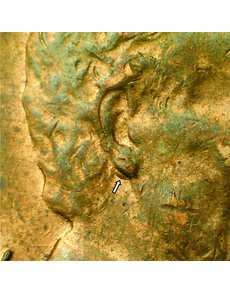 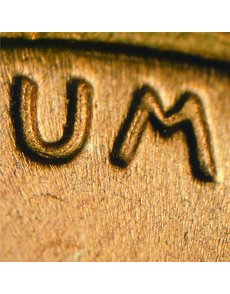 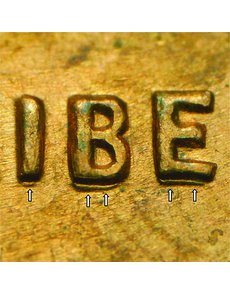 A 1953 Lincoln cent from Paul Edwards has nice doubling on the underside of the letters in liberty. 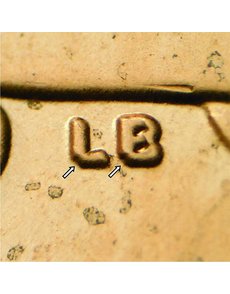 Robert M. Pelletier submitted a 2011 cent with significant doubling to the lower left of the reverse. The easiest pick-up point is the notches on the designer’s initials lb.

For the last two installments of this column, the focus was on die varieties found on some of the older series of U.S. coinage, as they dominated my inbox.

This past month, Coin World readers were focusing on their Lincoln cents, it seems, and made some interesting finds.

Robert Piazza submitted a 1944 Lincoln cent that shows nice doubling to the lower left ear. I must confess that over the years I’ve searched hundreds of 1944 Philadelphia Mint Lincoln cents, but the area around the ear is not one that I focused on. You would think that I’d know better. I wonder how many of these slipped through my fingers.

Coin World reader Brian Ribar shared a 1946-D Lincoln cent with a nice doubled die reverse. A Class V clockwise spread shows on the letters of e pluribus unum, the dots, and the upper right wheat head. I have this one listed in my files as 1946-D 1¢ WDDR-018.

A 1953 Lincoln cent that shows significant doubling to the letters of liberty was submitted by Coin World reader Paul Edwards. It’s now listed as 1953 1¢ WDDO-004 in my files. As you can see from the listing number (004), not many doubled dies are known for Lincoln cents with this date.

After reading about some 2011 Lincoln cent doubled die discoveries in the Aug. 15 installment of this column, Coin World reader Robert M. Pelletier started searching his 2011 cents. He got lucky and found a doubled die reverse similar to, and perhaps a bit stronger than the one illustrated in the Aug. 15 column.

Strong extra thickness shows on most details on the lower left of the reverse. Strong notches show on the lower left corners of the n and e of one and the designer’s initials lb (for Lyndall Bass, a member of the U.S. Mint Artistic Infusion Program).