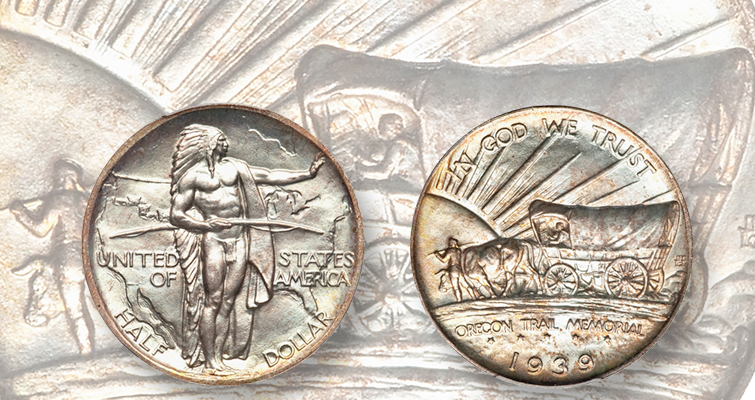 In 1939, abuses in commemorative coin programs like the Oregon Trail Memorial half dollar, finally led to congressional action to end the series, temporarily.

An end to commemorative coins in 1939

In my cover feature in the August monthly issue of Coin World, I explore changes made to U.S. commemorative coin programs in 1939, as Congress stepped in to curb the abuses that were making many in the hobby angry and a chosen few rich.

Read how this occurred and how a member of Congress finally stood up in the House of Representatives to demand a stop to the abuses. Read my cover feature in the August monthly issue, available only to subscribers of our print and digital editions.

Under the Loupe: Two dates for a half dime

Chris Bulfinch explores the differences in date sizes on the 1848 Seated Liberty half dime. In his “Under the Loupe” column, Chris explains how Mint workers created two distinct variants of the half dime that year, with one bearing a larger-than-normal date intended for a higher denomination coin.

The difference between the two dates is obvious to the naked eye. On the Large Date half dimes, the date is so huge that it intrudes into other design elements, and is clearly the result of a wrong choice by a Mint die sinker.

To learn more about the Large Date and Medium Date versions of the 1848 Seated Liberty half dimes, and to discover which is the most valuable, see Chris' column, found only in the print and digital editions of the August monthly issue of Coin World.

Michael Fahey, in his “First Grade” column in the August monthly issue of Coin World, offers advice on grading Liberty Head 5-cent coins. “Grading a Liberty Head 5-cent coin is not difficult. In the lower grades, the letters in LIBERTY wear off uniformly, and in the upper circulated grades, light wear affects the luster quickly,” he writes.

Michael offers tips on grading the series in states of preservation grading from About Good 3 to Mint State 67, providing details about where to look on the coins and how to distinguish one grade from another.

His column, with photographs of the coins in multiple grades, is found only in the print and digital August monthly editions of Coin World. 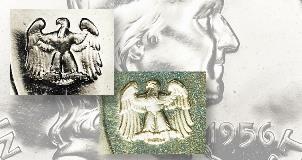 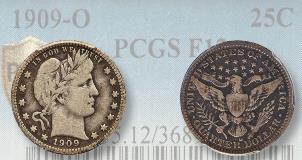 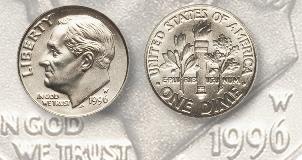