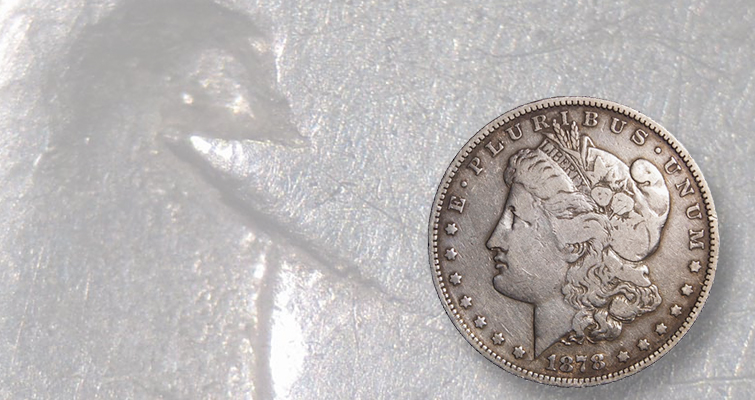 Fewer than 10 examples of the VAM-14.17 1878 Morgan, 8 Tail Feathers dollar have been credibly verified. 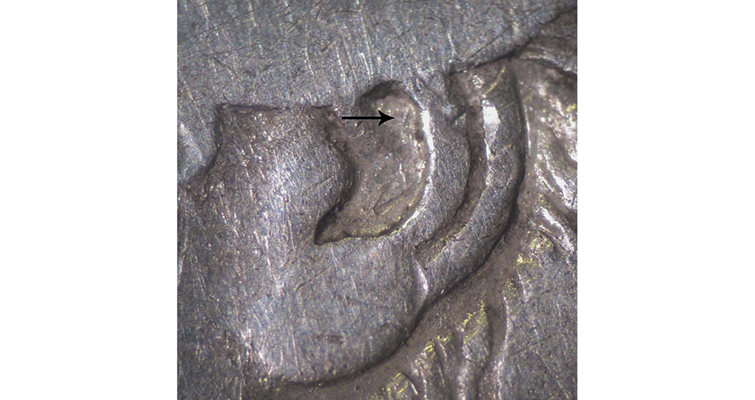 One of the defining characteristics of the VAM-14.17 1878 Morgan dollar is a small shallow die chip near the top inside of the ear, shown by arrow. 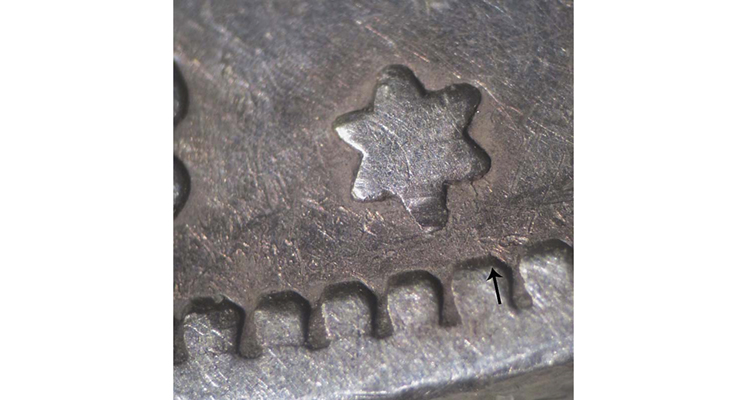 A faint radial die crack, shown by small arrow, from the first right star may help confirm an attribution, but this feature may not be present on all examples. 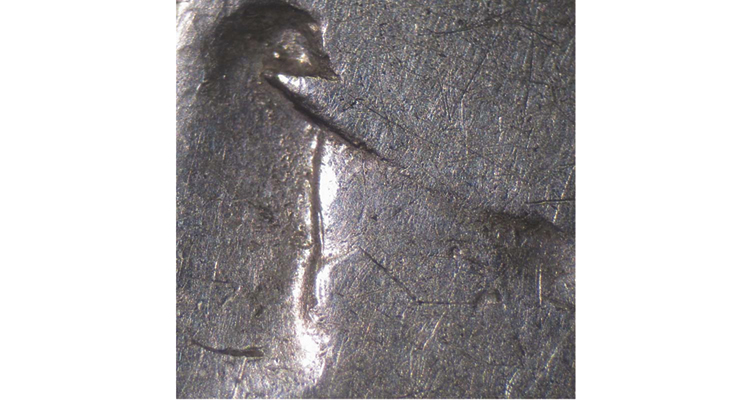 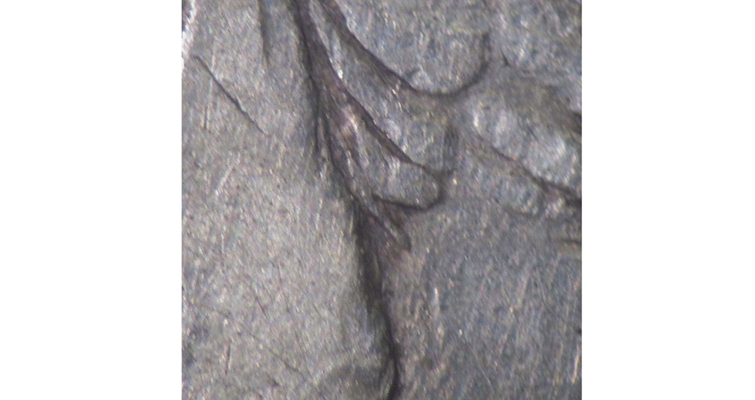 A thin re-engraved feather at the base of the eagle’s left (viewer’s right) wing helps identify this workhorse of an 8 Tail Feathers die.

One of the most formidable challenges an advanced collectors of Morgan dollar varieties may embrace is attempting to assemble a complete set of 1878 Morgan, 8 Tail Feathers dollar varieties.

In my career, I’ve attributed all of the known 8 Tail Feathers varieties except for one. A few weeks ago, I found I had an example of this elusive variety on my desk. The VAM-14.17 1878 Morgan dollar is described in New VAM Varieties of Morgan Dollars by Leroy Van Allen and illustrated in greater detail in the 1878 Morgan Dollar 8-TF Attribution Guide by Jeff Oxman and Les Hartnett. Fewer than 10 examples have been credibly verified.

Identifying a VAM-14.17 is no easy task. In fact, I had seen this particular coin a few months earlier at a show, and could only guess (wrongly it turns out) at an attribution. The submitter, Brian Raines, who is one of the most seasoned variety specialists in the business, was also uncertain of which variety he had acquired.

This piece has seen quite a bit of use as well as some abuse, obscuring some of its features.

Arriving at a positive variety identification required a process of elimination. This task is greatly simplified by confirming which reverse is present. In this case, the specific die is used in 10 marriages — more than any other 8 Tail Feathers reverse. Only two of the varieties employing this reverse are common, and they can be easily eliminated by distinctive obverse characteristics. All the remaining choices are considered rare or extremely rare. When I’m sitting in my office, I naturally have resources at my disposal I don’t have at shows, things like my library, pictures I’ve shot of other examples, and auction archives.

After a comparison to examples from past auctions, a clear match was found. When I informed Raines, he replied, “You made my day.”