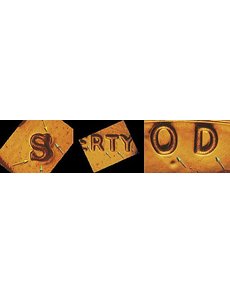 Widespread flat field doubling is seen on the Mint mark and other obverse design elements on this Proof 1985-S cent. 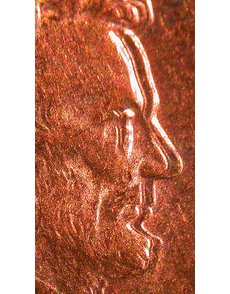 A broad, flat shelf runs along Lincoln’s profile on this 1991 cent. It represents a form of machine doubling known as push doubling. 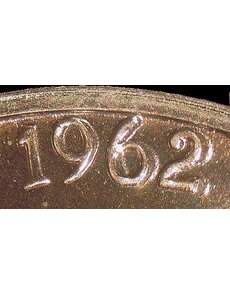 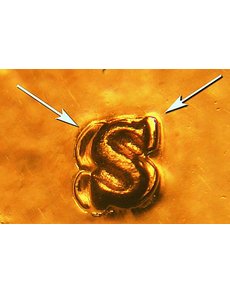 Flat field doubling extends out from the S Mint mark of a Proof 1984-S Lincoln cent.

More than a dozen different forms of design doubling have been defined, with none more confusing than “flat field doubling.”

Assumptions about the nature and origin of flat field doubling vary considerably, and examples used to illustrate this form of doubling are not entirely consistent in appearance.

Photographs of two cases of flat field doubling have been provided by Jason Cuvelier. They consist of the Mint mark of a Proof 1984-S Lincoln cent and several obverse design elements on a Proof 1985-S cent.

Alan Herbert coined the term and established the original definition, though certain assumptions in the definition may need to be rethought. On page 275 of the Official Price Guide to Mint Errors (6th edition), Herbert defines flat field doubling as “A coin (usually a proof) which was struck normally and was struck a second time while still in the collar, with die bounce or chatter damaging the design after the first strike, the second strike driving the displaced metal into the field, showing on the struck coin as a hazy, greatly enlarged, and irregular outline of the design element on the surface of the surrounding field.”

Herbert is suggesting that flat field doubling is a form of close double strike. The final phase of the first strike leaves the coin with marginal shelving characteristic of a form of machine doubling Herbert designates as “push doubling.”

A severe case of push doubling is shown here in a 1991 Lincoln cent. Right after the obverse (hammer) die reached the lowest point of its downstroke, it bounced up, shifted to the left, and landed lightly on the newly-struck design, creating a broad shelf along the right side of Lincoln’s face.

The next step in Herbert’s scenario has the hammer die retracting in the same position it occupied during the light touchdown that created the marginal shelving. The process is completed by the second strike, when the hammer die crushes the shelves down to the level of the field.

However, I suggest that machine doubling is irrelevant to the formation of flat field doubling. Under the elevated pressures used to strike Proof coins, a second strike delivered by a shifted hammer die would crush flat the margins of any elements overlapped by the field portion of the die. This being the case, flat field doubling is reduced to nothing more than a close, one-sided double strike.

Should we therefore simply call all such errors one-sided double strikes? Probably not, since all Proof coins are struck at least twice and calling attention to that fact is redundant. Instead we might consider adopting the term “imperfectly aligned Proof strikes” as a substitute for “flat field doubling.”

Flat field doubling can be widespread or it can be quite localized. On the 1985-S Lincoln cent referred to earlier, flat field doubling affects many obverse design elements, including the date, Mint mark, LIBERTY and IN GOD WE TRUST. When doubling is localized, it is usually found near the coin’s periphery. Such localized doubling is probably caused by a slight pivot of the hammer die assembly.

It should be remembered that Proof coins are subject to ordinary machine doubling on the final strike. In some cases this is mistaken for flat field doubling. Shown here is a Proof 1962 Jefferson 5-cent coin with strong doubling on the last three digits of the date. It’s evident that this is push doubling rather than flat field doubling because a slightly elevated shelf extends from the right side of each affected numeral and the uncrushed portion of each numeral is abnormally thin. Since the doubling is localized at the periphery it’s likely that, during the bounce, the die assembly pivoted around an axis located well to one side of the die’s central axis.

Flat field doubling adds only a slight premium to the value of a Proof coin. However, if there is complete separation between the flattened elements and their normal raised counterparts, value skyrockets.