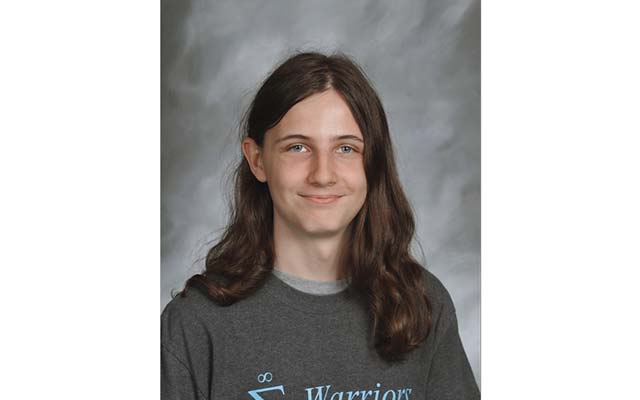 Tyler Rusnak, a member of the American Numismatic Association and a senior at Willowbrook High School in Villa Park, Illinois, is the first recipient of the ANA College Scholarship.

Tyler Rusnak, a member of the American Numismatic Association and a senior at Willowbrook High School in Villa Park, Illinois, is the first recipient of the ANA College Scholarship. Rusnak will receive $1,000 to use toward tuition at an institution of his choice.

Rusnak has attended the past two ANA Summer Seminars, where he studied grading and type-coin collecting. This year, he plans to take a course in Early American copper coinage.

In 2014, he won the Q. David Bowers Young Numismatist Literary Award for his article "Wreaths on Coins: Symbols of America." His other numismatic accolades include winning the 2014 YN Creative Writing contest and the Alan Herbert Exhibiting Award at the 2014

World's Fair of MoneySM for "Stories From the Ground: Tales of the Lost, the Circulated, and the Cherrypicked." He was chosen to receive Summer Seminar scholarships the past three years. Outside numismatics, he was named student of the quarter for various subjects three times, his math team competed at the state championships the last two years, and he competed in the Illinois Science Olympiad. He also recorded a perfect score on the ACT.

"The ANA is extremely proud that Tyler Rusnak is the first recipient of an ANA College Scholarship," said ANA Education Director Rod Gillis. "He is an accomplished numismatist, an academic scholar and a fine young man."

Rusnak said he is undecided on where he'll attend college, but he plans to major in biology.

"Numismatics have been the love of my life since day one, when I first began to view coins through a numismatic lens," Rusnak said. "It has taught me to explore history and art while sharing experiences and friendships with other hobbyists."

A profile on Rusnak appears in the May issue of The Numismatist on page 95.

The recipient is chosen based on academic scholarship, numismatic accomplishments and financial need. Applicants must be a senior in high school and a member of the ANA.

The first scholarship was graciously underwritten by Brian Fanton, ANA YN Committee chair and former member of the Board of Governors, and Walter Ostromecki Jr., ANA president. Funds for future scholarships will be raised during the YN auctions held at the ANA's Summer Seminar and through donations.

To donate to the ANA College Scholarship fund, go to Money.org/donate. All donations are tax-deductible.

Applications for the 2016 ANA College Scholarship will be available in January.