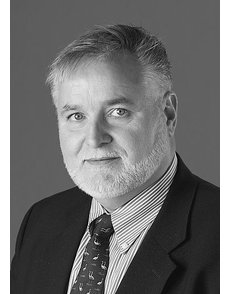 The Industry Council for Tangible Assets has a new chairman and is charting a new path for the 21st century.

Harry Miller, of Miller’s Mint, was installed as chairman of ICTA at its Jan. 8 board meeting.

Miller, who founded Miller’s Mint in May 1967, is a member of the American Numismatic Association, Florida United Numismatists and American Stamp Dealers Association.

Miller headed the ICTA transition team in 2013 looking for a new executive director after Eloise Ullman announced her retirement.

Miller said his focus will be to “guide ICTA to be the leading tangible-assets association, and to add greater value to membership through new programs.”

A new state-monitoring program “will keep us abreast of new laws and amendments to existing laws and regulations. We will direct efforts toward establishing a working arrangement with the many national, regional, and state organizations that already exist but lack coordination and guidance in these issues,” according to a news release.

To make the program possible, dealer and ICTA member Mike Fuljenz funded a year’s subscription to a service called State Net, a legislative and regulatory-affairs monitoring system. The system monitors all states’ legislation and gives ICTA immediate access to any bill introduced that can directly affect its membership. Additionally, State Net will assist ICTA’s congressional lobbyist, Jimmy Hayes, with his efforts, according to the news release.

“I am very proud of the accomplishments of our transition team. Many hours of their time were generously spent in assembling the new leadership of ICTA,” said Bob Greenstein, immediate past chairman. “The combination of Kathy [McFadden] as executive director with her new ideas, David [Crenshaw] as our COO and tech guru, and Diane Piret as our resident encyclopedia of all things legislative, leads to a bright future for ICTA.”

For more information about ICTA, email McFadden at kathy.mcfadden@ictaonline.org or call her at 410-626-7005.

More information about the group is also available on ICTA’s website, www.ictaonline.org. ¦