How to get more bang for your buck when buying coins! 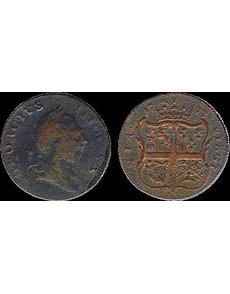 Virginia halfpenny was inside the Governor’s Palace in Williamsburg, Va., when it burned to the ground on the night of Dec. 22, 1781. The coin was recovered in the 1920s. 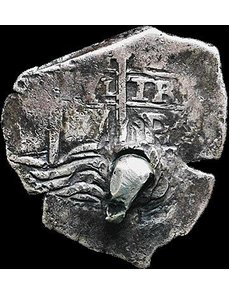 This 1677 Potosi 4-real cob was salvaged from a British warship that sank in 1711. The coin was repaired with a silver plug to bring it up to proper weight. 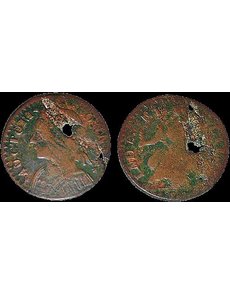 As a consummate wise-guy, I enjoy bucking conventional wisdom and presenting a different way of appreciating things. By the standards of the old-school gurus who coached me in numismatics as a young’un, the stuff I now voraciously seek would be condemned to the junk bins as “why the heck would you want that” coins. We’ve all been taught to go for that perfect “10” and bypass the obviously flawed. Good thing my wife isn’t a numismatist.

But I love ugly coins! Not just any battered dog, but the exceptional ugly coins of pre-federal America. Countless were simply created that way. The Connecticut copper shown, and its many equally-hideous siblings, proves that. Before the U.S. Mint began cranking out Mint State 70 beauties, quality control was lax, and these pre-striking flaws have much to teach about American planchet manufacture in the late 1780s. Understanding coin-making technology is one of the golden keys to the enjoyment of the hobby!

One couldn’t fling a rotten tomato at a Colonial Coin Collectors Club show without hitting an Uncirculated 1773 Virginia halfpenny, thanks to a now dispersed hoard. These brown and red gems are as ho-hum as frozen pizza to me. Any day of the week I’d prefer the “no grade” example illustrated here, with its unmistakable wear and damage. The illustrated sad halfpenny, found in the 1920s, was inside the Governor’s Palace in Williamsburg, Va., when it burned to the ground on the night of Dec. 22, 1781. Good historical provenance trumps all as the pinnacle of cool in my book.

Imagine this: You’re trapped in a 1940s horror movie and need to dispatch a werewolf that’s raiding your coin collection. You brush aside the wooden stake in your monster-slaying kit, grab the revolver loaded with silver bullets and fire at the hirsute beast. You miss and “Wolfie” escapes. Mortified, you discover that you just shot your prize 1677 Potosi 4-real cob, and the projectile is still lodged in the victim. Surely a plausible explanation for the little piggy illustrated here, but the truth is just as extraordinary. Salvaged from the wreck of a British man-o-war that had just left Manhattan in late 1711, this coin was previously repaired with a silver plug — in New York City — to bring it back up to proper weight!

The coins circulating in early America will often bear the scars of their creation and brutal lives as useful items. Thus, even the worst of the bunch are deserving of our attention and respect.

Want to learn more about our imperfect numismatic ancestors and have a hankering for a historical adventure with coins? Why not register for the American Numismatic Association Summer Seminar (Session I) and enroll in “The Coins of Pre-Federal America,” instructed by John Kraljevich and yours truly? Do so and I guarantee you’ll add greatly to your arsenal of knowledge, have loads of fun and get to handle hundreds of wonderful colonial era pieces. Heck, some of them might even be problem free!

Erik Goldstein is curator of Mechanical Arts and Numismatics at The Colonial Williamsburg Foundation.