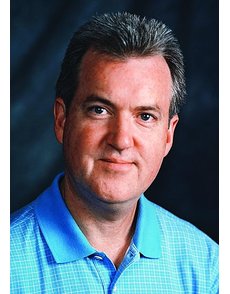 James P. Bevill, shown, will present a program, “The Untold Story of Confederate Coins,” as part of the Distinguished Lecture Series at the Houston Museum of Natural Science, Tuesday, Jan. 24.

Houston author and numismatist James P. Bevill will speak about “The Untold Story of Confederate Coins” as part of the Distinguished Lecture Series at the Houston Museum of Natural Science, Tuesday, Jan. 24.

The lecture is in conjunction with the museum’s six-month exhibit titled “Discovering the Civil War.”

Bevill will treat the audience to the story of clandestine efforts by the Confederate States of America to produce a national coinage in 1861, struck at the New Orleans Mint, only to have participants in the plan go underground.

Confederate paper money was rendered all but worthless as money due to massive propagation, though today the notes are considered collectible, and several are rare and expensive.

The Confederate cents (struck under contract in the North) and half dollars (struck at the new Orleans Mint) are rare numismatic pieces that survived to tell the story of a handful of men who sought to capitalize on their novelty after the Civil War.

Bevill is a numismatist and financial historian who focuses on Texas and Confederate money and its role in culture and history. Following the lecture, Bevill will sign copies of his book The Paper Republic: The Struggle for Money, Credit and Independence in the Republic of Texas.

The lecture will be held at the Houston Museum of Natural Science’s Wortham IMAX Theatre, beginning at 6:30 p.m. Tickets are priced at $18 for the public, $12 for museum members. To purchase tickets, visit the museum’s website at www.hmns.org or telephone the museum box office at 713-639-4629. ¦