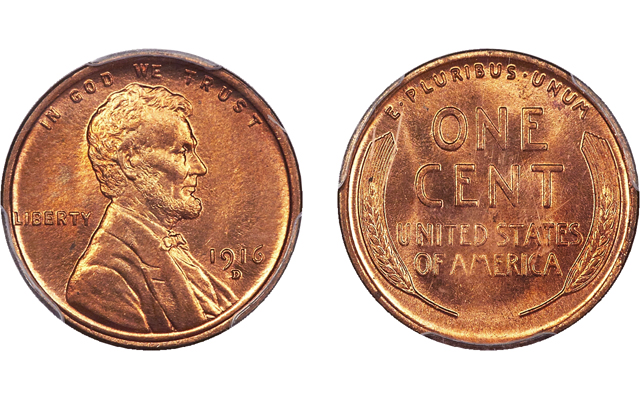 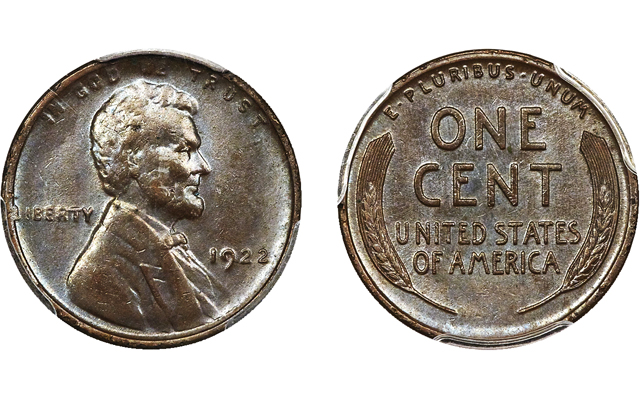 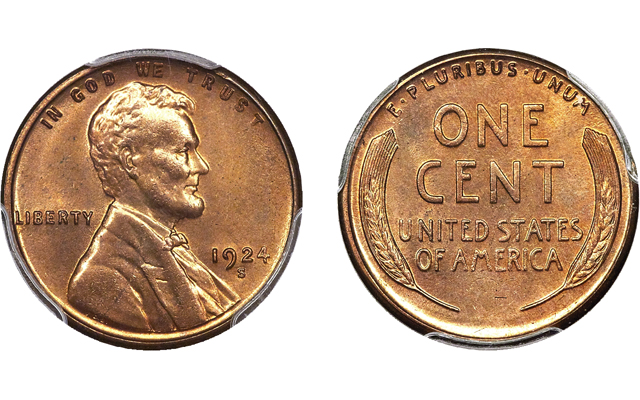 Editor's note: This is one of three posts covering the results of Heritage Auctions' sales at the Houston Money Show between Dec. 4 and 7.

A 1916-D Lincoln cent in PCGS MS-66 red sold for $19,975. Neither Professional Coin Grading Service nor Numismatic Guaranty Corp. has graded one MS-67 red or finer, placing pressure on the 18 MS-66 red examples that PCGS and NGC have recorded on their population reports. For reference, the same coin sold for $11,750 at a June 5 Heritage sale while a different example in the same grade brought $17,625, at the same June 5 Heritage auction.

Another condition rarity brought $23,500: a 1924-S Lincoln cent graded MS-65 red by PCGS with none finer. Despite the hearty mintage of 11.6 million pieces, it is rare in high grades, as it seems that few examples were saved by collectors at the time. Heritage notes, “It is likely that the 1924-S was not released into circulation until 1925, which might have caused collectors to miss it when they updated their collections in 1924.” PCGS has graded just nine in this grade with none finer.

A 1922-D Lincoln, Missing D, Strong Reverse, Die Pair 2 cent graded MS-63 brown by PCGS sold for $16,450. The Mint mark is missing due to either heavy die polishing or from a grease-filled die and the variety is popular with collectors due to the lack of a Philadelphia Mint 1922 Lincoln cent (which would have lacked a Mint mark).

Heritage adds, “This Select Brown example displays the diagnostics of Die Pair 2: the second 2 in the date is sharper than the first, all letters in TRUST are clearly delineated, and the reverse is very sharp, especially the lines and grains of the wheat stalks.” PCGS has graded just 10 as MS-63 brown with three finer in brown.