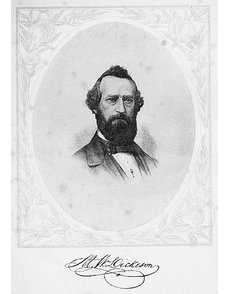 Dr. Montroville W. Dickeson often referred to himself as a numismatologist.

I guess it is better than trying to figure out what a vexillogist is (see end of column), but trying to explain what a numismatist does is a burden we all have. I suppose explaining philately is just as difficult.

A numismatist enjoys the art and science (as I like to designate it) of numismatics — the field of coins, tokens, medals and paper money.

Unlike being a surgeon or a pilot, nothing bars entry to being a numismatist. You can spend thousands of dollars on coins you know nothing about, not own a A Guide Book of United States Coins, and not know who sculptor Augustus Saint-Gaudens is and still call yourself a numismatist.

By the way, pneumatic, which, presumably is pronounced the same way as Dewey’s numatic, is a real word relating to devices that are operated by, or related to, air — such as pneumatic tires or a player piano with a pneumatic system that will play “Sweet Rosie O’Grady” on a piano roll.

The widespread use of numismatist arose in the 1850s and became standard in the 1860s. At that time, some, such as Dr. Montroville W. Dickeson, author of the American Numismatical Manual, styled himself as a numismatologist.

In the June 1917 issue of The Numismatist, the editor printed “An Alphabet of Unnecessary People,” taken from a recent issue of Life magazine:

First of all, this list was of no value at all in 1917. Whatever merit it may have had in calling yellow journalists (William Randolph Hearst, Joseph Pulitzer and the like, I presume), ex-presidents (I like Theodore Roosevelt, who was still living then), rag-time musicians (wonderful then and now), and palmists unnecessary was outweighed by including numismatists in the list.

We all know that any numismatist is important, and some are very important (just read the advertisements in Coin World as a starter!).

By the way, a vexillogist is someone who studies or enjoys flags.