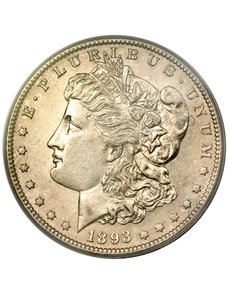 Collector favorites led the way as the official auction of the Summer FUN convention, held by Heritage Auctions, exceeded $9.3 million in sales. This auction took place July 12-15 in Orlando and over the Internet at www.HA.com/Coins.

The marquee lot of the auction was an uncirculated example of the 1893-S Morgan Dollar, the undisputed key date among circulation issues in this heavily collected series. Although graded only MS60, we thought the coin had excellent eye appeal, and the winning bidder clearly agreed with us as the coin sold for $103,603.50.

A high end Roman Gold proof 1909 half eagle took next honors, selling for $92,000. Perhaps 30 or so of these coins exist today in all grades, and at MS66+, with the CAC sticker, this is one of the finest available examples.

Other highlights include but are not limited to:

The next Heritage Signature Auction is already open for bidding at www.HA.com/coins.