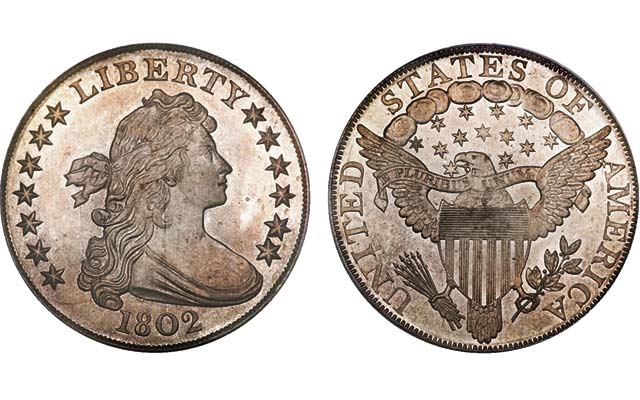 As the Central States Numismatic Society preps for it’s 76th annual convention in Schaumburg, Illinois, Coin World  will take you through the ins-and-outs of all things CSNS. The show will include a full slate of activities for dealers, collectors, and numismatists alike. We will break down each event over a series of posts that will cover everything you need to know.

This year’s installment will be held April 22 to 25 at the Renaissance Hotel and Convention Center in Schaumburg, Ill. The busy schedule includes a suite of auctions by Heritage, educational presentations and hundreds of dealers.

About the 300-booth bourse floor, show General Chairman Kevin Foley wrote in the CSNS quarterly publication The Centinal, “One thing that we strive for is to have a mix of dealers in our convention bourse so that our attendees can find items available for sale for less than a monthly mortgage payment, or in many instances the price of a pretty spiffy new car or a home that might be the envy of what President Theodore Roosevelt referred to as ‘malefactors of great wealth.’ ”

Foley added that CSNS works hard to make sure that its annual show is relevant, despite challenges. He notes, “Not the least of these challenges is the growth of Internet-based transactions as well as long-term wage stagnation in the traditional middle-class base of the numismatic collector market.”

Among the hallmarks of the CSNS show are the massive auctions by Heritage, and the 2015 installment, features U.S. coins and paper money, is no exception.

Featured offerings include the fourth part of the Jim O’Neal Collection, which features some incredible silver dollars, such as a 1795 Flowing Hair dollar graded Mint State 64 by Professional Coin Grading Service.

The reverse is the Three Leaves design, one of two reverse subtypes of the 19 die varieties known for the 1795 Flowing Hair dollar. When offered at a 2012 Heritage auction this example sold for $223,250, and at that offering, the description characterized the $44,000 it previously brought years ago in a 1991 Bowers and Merena auction as “a strong price at the time.”

An 1802 Draped Bust dollar graded PCGS Proof 64 is another highlight. The dollar is one of four known, and as Heritage notes, it is a highly desirable issue. On the issue, the description reads: “They combine the highest available technical quality, terrific eye appeal, and tremendous historic interest. The coin offered here boasts an unbroken pedigree all the way back to 1890, and may well be the discovery coin, first exhibited by Captain John W. Haseltine in 1876.”

The Proof 1802 dollar is known as a restrike or novodel, and was likely produced at the Philadelphia Mint during the 1830s.

Heritage adds, “The 1801–1803 novodels are actually much rarer than their 1804 counterparts, but they have not attained the same level of popularity. If the coins were offered with more frequency, they might one day assume the same level of importance and desirability as their 1804 cousins. In the meantime, this spectacular 1802 proof dollar remains a ‘sleeper’ in the annals of numismatic rarities, and a terrific prize for the discerning collector.”

Heritage’s sales will take place during the show, with online sessions of other items continuing through April 27.

Traditions will continue to reign supreme at CSNS convention