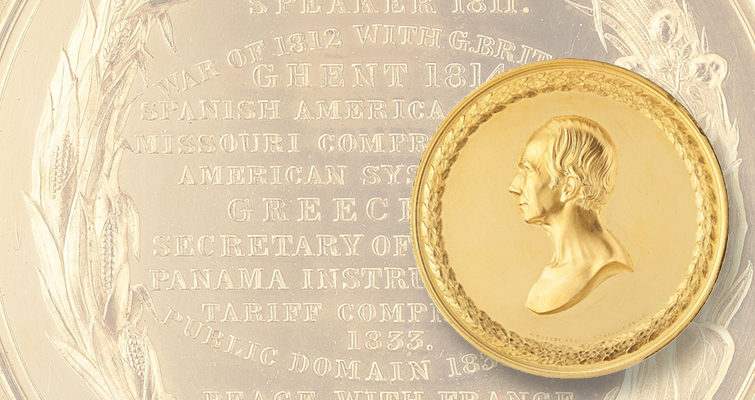 “The Great Compromiser” Henry Clay was recognized in 1852 by the citizens of New York with a nearly 30-ounce gold medal struck by the U.S. Mint. 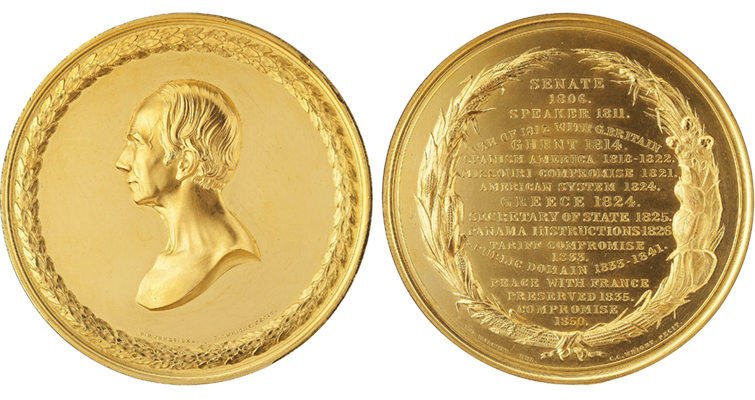 Made from pure California gold, the Clay medal has an obverse designed by Thomas Dow Jones and reverse by William Walcutt, with the dies engraved by C.C. Wright. 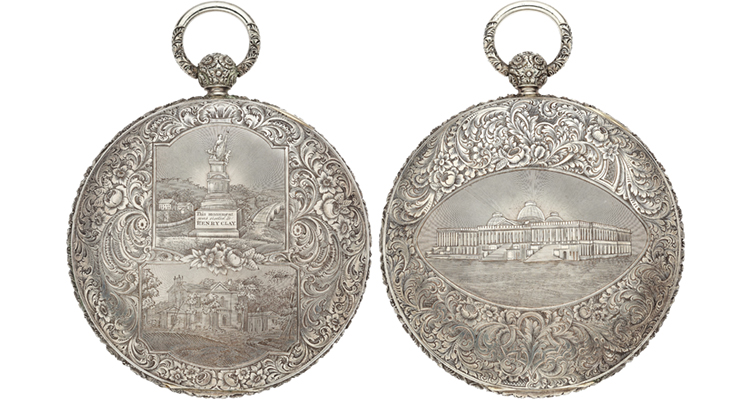 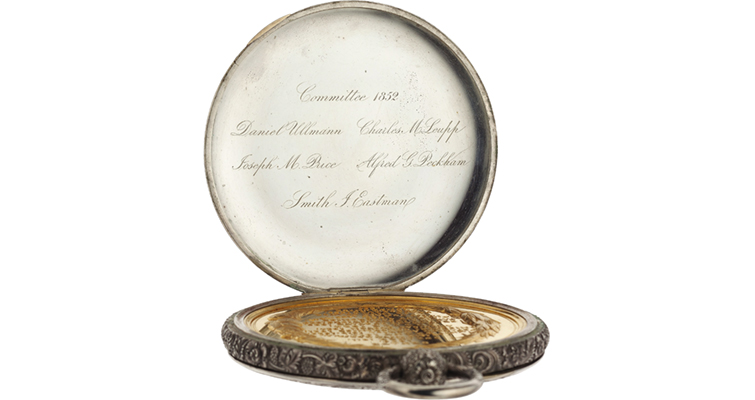 Inside of the top lid of the silver presentation case are the inscripted names of the prominent New York citizens who formally presented the gold medal to Clay. 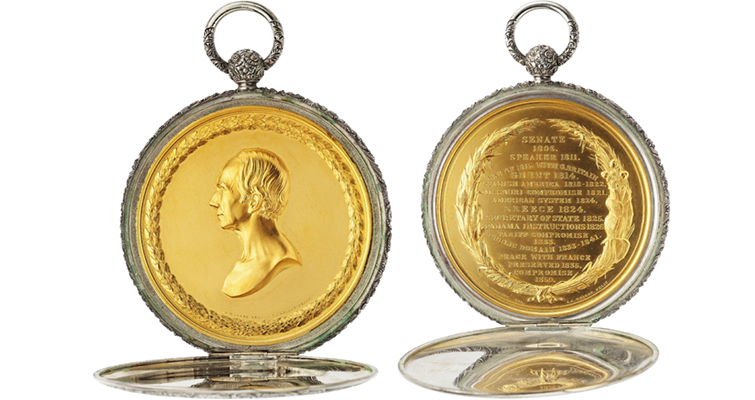 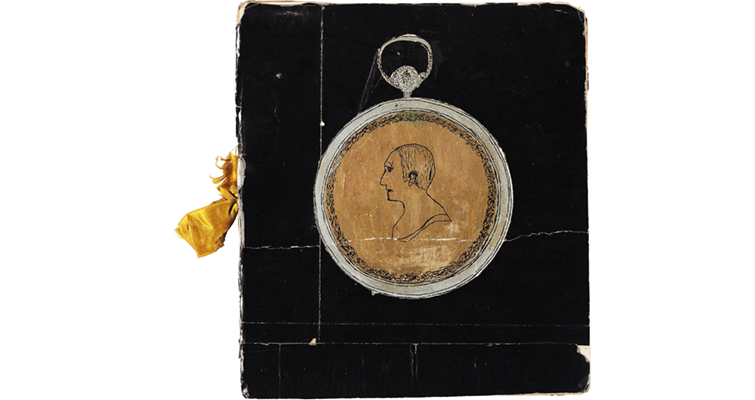 The original storage box for the medal has a facsimile representation of the medal’s obverse on the outside. 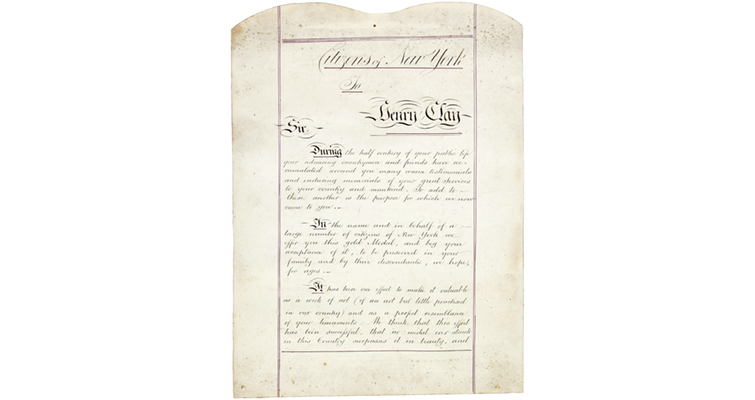 The gold medal is accompanied by a letter detailing the reasoning for the medal’s commission and presentation.

The auction was a joint endeavor between Heritage and The Rail Splitter, to celebrate the 20th anniversary of the publication for enthusiasts of Abraham Lincoln and related memorabilia.

“This was indeed one of the most important Lincoln auctions of the last 50 years,” said Tom Slater, director of Americana Auctions at Heritage. “Never have I been so impressed and amazed at both the quality of the material and the passion of Lincoln collectors from all over the globe.”

Clay — a six-time presidential candidate, former secretary of state, Speaker of the House, and titan of the U.S. Senate — was a leader Lincoln himself called “revered as a teacher and leader.”

By 1852, the terminally ill Clay was confined to his rooms in the National Hotel in Washington, D.C.

A group of prominent New York members of Clay’s Whig Party resolved to make a very special presentation to the statesman to honor his nearly half century of public service and did so in the form of the gold medal, which can be viewed here on Heritage's website. The gold medal was passed down through six generations of the Clay family and had last been on display at Clay’s Lexington, Ky., estate, Ashland, before being consigned to the auction.

Other items offered in the sale and their price realized include:

- A perfectly signed carte-de-visite card image of a thoughtful Lincoln, $175,000. The 1862 card carries an inscription on the back by presidential secretary John Hay certifying its authenticity.
- A love letter from Lincoln to his first fiancée, Mary Owens, $137,500.
- Mary Todd Lincoln’s jet black silk mourning dress ensemble, $100,000.
- A Portrait Flag of political rival Stephen A. Douglass, $93,750.
- An 1860 portrait campaign flag depicting a beardless Lincoln, $75,000.
- A unique 1864 silk parade flag for “Lincoln and Johnson,” $52,500.
- The First National Confederate flag presented by Belle Boyd, aka the “Siren of the Shenandoah,” thought lost to history until recently discovered in Switzerland, $62,500. 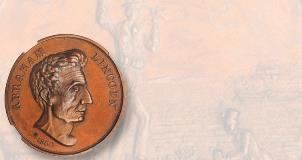 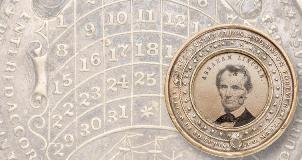 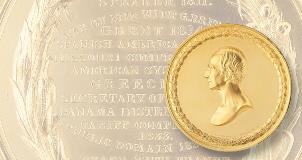