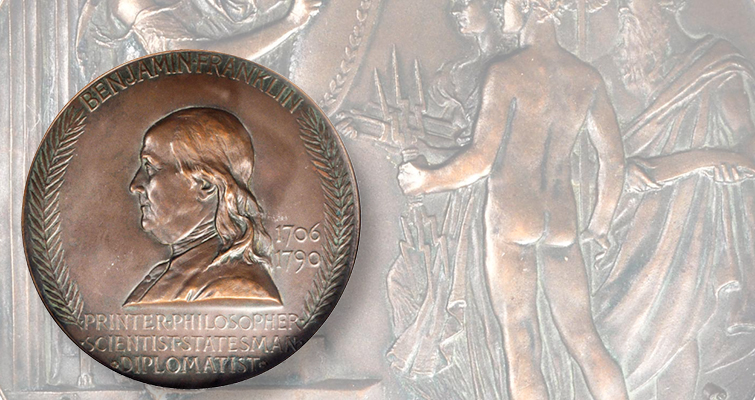 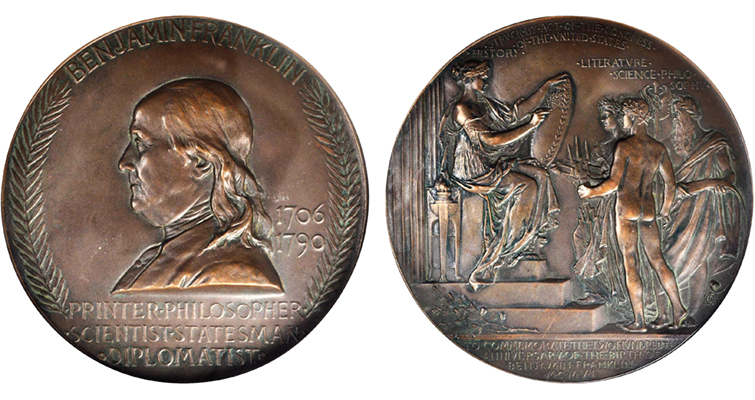 This bronze 1906 Benjamin Franklin Birth Centennial medal, by Augustus and Louis Saint-Gaudens, sold for $7,800 in Baltimore. The complex reverse is typical of the work of Louis St. Gaudens, with a seated figure representing History who inscribes a shield as figures representing Literature, Science and Philosophy look on.

Here is one of three that sold in Baltimore, each showcasing a different facet of the higher-end medal market.

Among American medals in the Beaux Arts style produced in the first decade of the 20th century, coinciding with the “Renaissance” in American coinage design, Augustus and his brother Louis Saint-Gaudens’ 1906 Benjamin Franklin Birth Centennial medal is one of the most beautiful. Examples measuring 100 millimeters in diameter were produced by Tiffany & Co. Stack’s Bowers offered one graded MS-63 brown by NGC that sold for $7,800 in Baltimore.

While Augustus is well-known to both art historians and numismatists, his brother Louis was a more conventional artist and was respected for his public commissions, where he favored full-length standing figures. The complex reverse of this medal, typical of the work of Louis St. Gaudens (he abbreviated his name to avoid confusion with his more famous brother), depicts a seated figure representing History who inscribes a shield as figures representing Literature, Science and Philosophy look on. 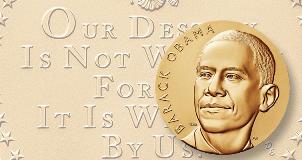 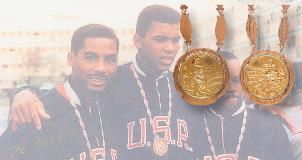 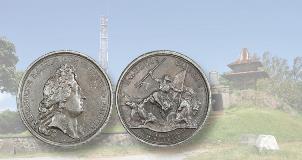