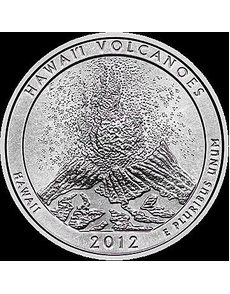 Available product options include 100-coin bags priced at $34.95 and two-roll sets (40 coins per roll) priced at $32.95. Both product options contain coins that were struck for general circulation on the main production floors of the United States Mint facilities at Denver and Philadelphia.

The two-roll set includes one roll of coins from each facility.

The coin’s reverse design depicts an eruption on the east rift of Kilauea Volcano, on the island of Hawaii. The design was created and sculptured by U.S. Mint Sculptor-Engraver Charles L. Vickers.

Orders for the quarter dollars are accepted by telephone at 800-872-6468 and online at the website www.usmint.gov/catalog. ¦