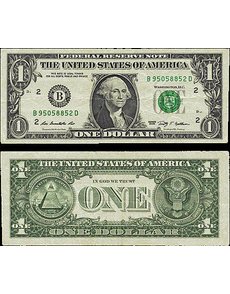 Officials of the Dollar Coin Alliance criticized the administration’s decision to halt production of Presidential dollar coins. The alliance supports elimination of the $1 Federal Reserve note and a reliance on dollar coins instead.

The suspension of production of Presidential dollar coins for circulation will cost taxpayers billions, according to the Dollar Coin Alliance.

The alliance, a coalition of small businesses, budget watchdogs, transit agencies and labor groups, was responding to the Dec. 13 announcement that Treasury Secretary Timothy F. Geithner ordered the suspension as part of the Obama Administration’s Campaign to Cut Waste. Geithner’s directive does permit the U.S. Mint to produce circulation-quality Presidential dollars for numismatic sales, to be sold above face value.

Suspending dollar coin production for circulation will save $50 million to $70 million annually, according to the government. Commerce demand for dollar coins will be drawn from current Federal Reserve inventories, estimated at 1.4 billion coins. Those inventories should be sufficient to meet demand for the next decade, according to Treasury officials. (For more information see the story on Page 44.)

“If the Administration’s concern is reducing waste in our $1 currency supply, the smart solution is to eliminate the antiquated $1 bill,” according to a news release from the Dollar Coin Alliance. “As noted in repeated studies over two decades by the nonpartisan Government Accountability Office (GAO), the continued production of $1 notes costs taxpayers at least $5.5 billion over 30 years. The current $1 coin program actually reduces the federal deficit by nearly $300 million each year.”

The news release cited the U.S. Mint’s 2010 Annual Report, which states the $1 coin program made a net profit of $283 million, all of which was transferred to the Treasury General Fund to reduce government debt.

According to the alliance, the recent decision is “a transparently political push by the Federal Reserve and the Treasury Department. Both have previously urged Congress to eliminate the $1 coin program in order to maintain profits generated by the continued production of $1 bills. Having failed, Treasury has now unilaterally acted to stop $1 coin production, usurping Congress’ authority in U.S. currency and coin matters under the Presidential Dollar Coin Act.”

In September, Rep. David Schweikert, R-Ariz., introduced H.R. 2977, known as the Currency Optimization, Innovation and National Savings Act, or COINS. The legislation calls for the elimination of the $1 FRN.

The paper used to print FRNs is solely produced by Crane & Co. of Massachusetts. The firm has been, with few exceptions, the sole supplier of U.S. currency paper since 1879.

“The Treasury and the Federal Reserve, with Administration support, are pulling a fast one on taxpayers, claiming the government saves money by eliminating the $1 coin program,” said Tom Schatz, president of the Citizens Against Government Waste, according to the Dollar Coin Alliance. “If the Administration really wants to save taxpayers money, they’ll heed the advice of the nonpartisan Government Accountability Office, which has been advocating the elimination of the $1 note for 20 years,” Schatz said.

The Citizens Against Government Waste is a member of the Dollar Coin Alliance.

According to a report released in March by the GAO, hundreds of millions of taxpayer dollars are wasted each year by the continued use of the dollar note. The report, Replacing the $1 Note with a $1 Coin Would Provide a Financial Benefit to the Government, found that transitioning fully to a dollar coin would save the government an average of $184 million per year and approximately $5.5 billion over a 30-year period. Using more traditional assumptions in the GAO analysis, savings could be as high as $11.1 billion.

The March report was the fifth report the GAO has issued on the benefits of transitioning to the dollar coin, the earliest analysis dating back to 1990. Estimates of annual cost savings in previous GAO reports have been as high as $522 million.

“The Federal Reserve and Treasury Department want to go back to business as usual, protecting the out-of-date $1 bill, a pet government program that costs taxpayers billions,” Schatz added. “We trust that once all the facts are known, common sense will prevail.”

According to the U.S. Mint’s Fiscal Year 2010 Annual Report, the dollar coin program generated a net profit of $283 million, all of which was transferred to the Treasury General Fund to reduce government debt.

According to the Dollar Coin Alliance, without a dollar coin program, and given losses of more than $40 million for cents and 5-cent coins, the Mint would be in danger of operating the circulating coin program at a net loss.

A January 2011 poll conducted by the Tarrance Group and Hart Research found that Americans favor transition to a dollar coin by a 2-1 margin once the potential government savings are explained.

According to the Dollar Coin Alliance, this response is consistent with findings from the GAO’s own polling in 2002 and an ABCNews.com online survey in October 2011 that found that 76 percent of respondents favored eliminating the note given the savings opportunity.