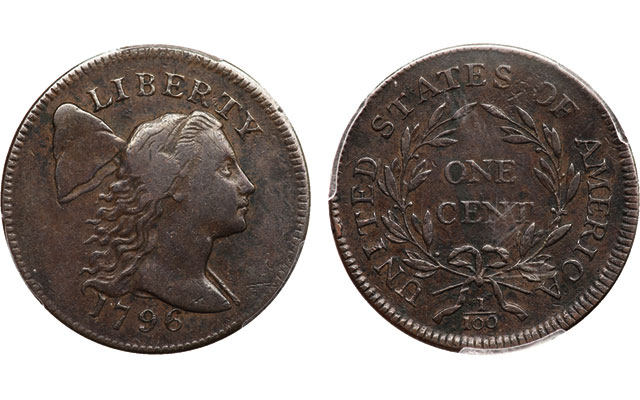 A recently discovered example of the Sheldon 89 variety of 1796 Liberty Cap cent to be offered at auction in January is the finest example to be found in more than 50 years, according to large cent specialist Bob Grellman.

While the S-89 cent is a common variety, it is extremely rare in high grade, according to Grellman.

“The finest known grades only Very Fine 30 by Early American Copper standards, giving the variety the lowest condition census for the entire series.,” Grellman said Oct. 28 by email.  “Even the rare varieties have examples that have survived in significantly higher grades.

“The Gene Gardner collection just offered by Heritage (Oct. 27) illustrates this phenomenon. He had superior examples of 9 of the 11 die varieties of 1796 Liberty Cap cents, but no S-89. He was never able to find a nice one to fit into his outstanding collection — because a high-grade example has yet to be discovered.”