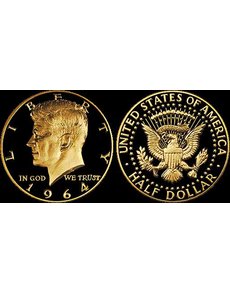 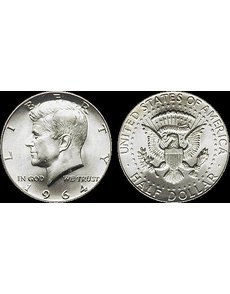 The members of the Citizens Coinage Advisory Committee were scheduled to discuss the merits of and demand for a Kennedy gold half dollar at its Feb. 11 meeting.

The CCAC was also scheduled to review proposed designs for the five 2015 America the Beautiful quarter dollars.

Consideration of a proposed 2014 Kennedy half dollar composed of .9999 fine gold was broached in a survey sent out Jan. 29 on behalf of the Mint by National Analysts to 60,000 U.S. Mint customers who have purchased precious metals products from the Mint, according to U.S. Mint spokesman Michael White.

White said the feedback will be gathered through Feb. 18, with Mint officials expecting to receive responses from approximately 2,000 customers.

National Analysts also surveyed recipients about the prospects of the Mint striking medals in silver; demand differences if the Mint were to switch all of its production of .900 fine silver Proof coins to .999 fine silver; and issuance of a special Director’s set of five silver medals, including one featuring the first U.S. Mint director, David Rittenhouse.

“As with many of our surveys of potential demand, parts of this survey were designed using monadic cells, which is a fancy way of saying we have two or three versions of a question, each with a different set of factors or features, and each respondent randomly gets one of those versions to answer,” according to White. “We can make inferences about the relative importance or attractiveness of those features based on the differences in response among the scenarios.”

White said Feb. 3 that a decision has not been finalized on whether to move forward with a Kennedy gold half dollar.

The Mint already has under development a number of possible Kennedy half dollar options, featuring multiple coin sets in different finishes, in copper-nickel clad and silver versions, with coins struck at all four Mint production facilities.

White said a purpose of the National Analysts survey is to gather feedback on probable demand for a Kennedy gold half dollar.

At the spot price of gold when the National Analysts survey was conducted, the starting retail price of a Kennedy gold half dollar would range between $1,200 and $1,300.

“No decisions have been made to produce such a product,” according to a statement released by White. “We are simply attempting to determine the interest in such a product, especially in light of its potential price. We feel this is only prudent.

“In the meantime, we are also developing other products that will commemorate the 50th anniversary of the Kennedy half dollar. We will announce those products when decisions on them have been finalized.”

Tom Jurkowsky, director of the Mint’s Office for Corporate Communications, said Feb. 3 that the designs used for a Kennedy gold half dollar could be the same as the current design, but also possibly could be the modified obverse design by Mint Chief Engraver Gilroy Roberts and the reverse by Assistant Engraver Frank Gasparro from the 1964 Kennedy half dollar.

Jurkowsky said the gold numismatic product would need only an okay from the Treasury secretary, without legislative approval required from Congress.

The National Analysts survey did not provide any details about the weight, diameter or thickness specifications or design for a Kennedy gold half dollar. The Mint currently does not produce any gold coins with a diameter matching the 30.61 millimeters of the Kennedy half dollar .

The survey queried participants regarding their likelihood of ordering a Kennedy gold half dollar, and whether their preference was more likely for a product limited to 50,000 units or one minted to demand.

The survey also addressed two other sets for 2014 to mark the Kennedy half dollar’s 50th anniversary:

? A set of clad coins, one from each Mint — Philadelphia, Denver, San Francisco and West Point — and each with a different finish. Finishes would be different from what is normally produced at each facility; i.e., the Proof finish would not come from San Francisco, and neither the Philadelphia nor the Denver coin would be Uncirculated. The price would be around $15.

? The second set would comprise four .900 fine silver coins, one from each Mint with different finishes. The price for this set would be around $100.