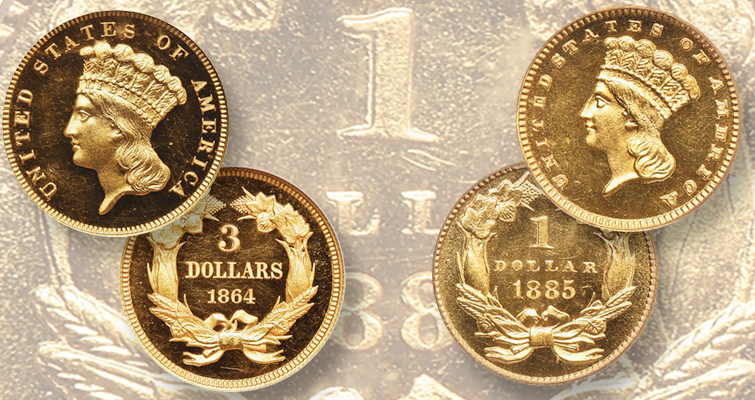 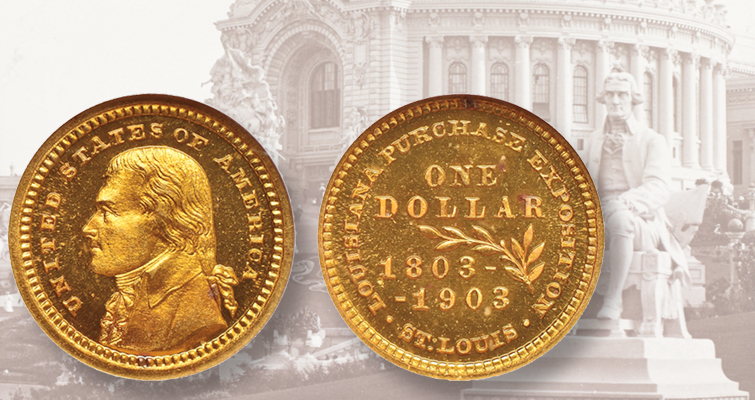 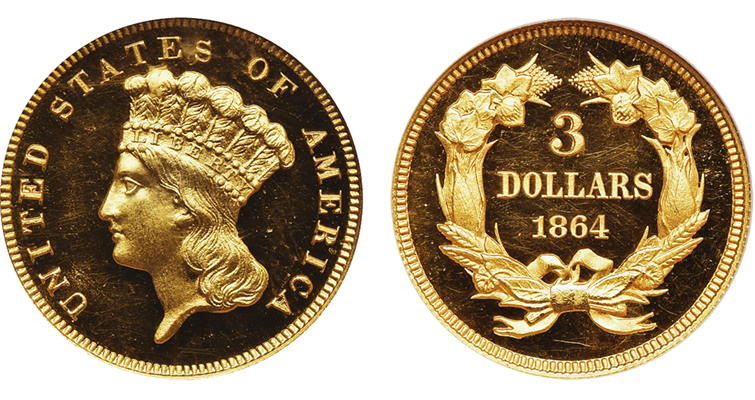 An 1864 Indian Head $3 coin graded Proof 64 Ultra Cameo with an NGC Star and a green CAC sticker both acknowledging the quality of the coin received the Scotsman “Cataloger’s Choice Award.” 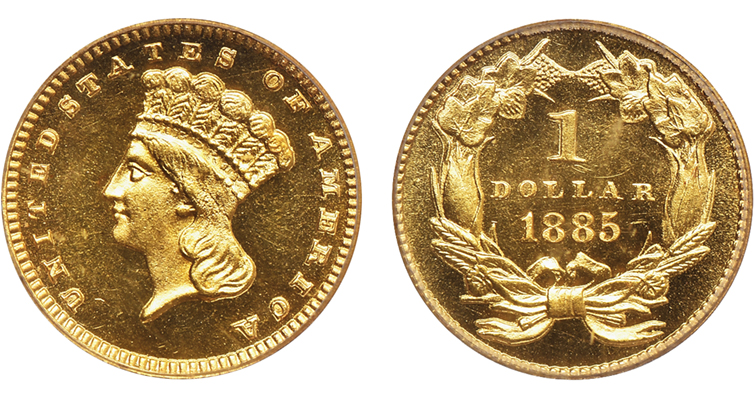 The first 100 coins of both types were struck in Proof and presented to dignitaries, but these Proof coins were not made available for direct purchase by the public.

The cataloger observed lovely golden-orange toning and deep mirrors, adding, “What is even more impressive is that even under magnification there are no marks or abrasions worth mentioning and one has to wonder what is holding it back from even higher grades.”

Another impressive Proof gold dollar is an 1885 Indian Head coin graded Proof 66 Cameo by Professional Coin Grading Service. The small-sized gold dollar was winding down in the mid-1880s, and in 1885 1,105 Proof pieces were struck alongside 11,156 circulation strikes.

The high quality of the circulation strikes, which are often Prooflike, leads to some confusion in identifying the Proof issues. The cataloger makes clear for the subject coin, “No mistake is possible regarding the proper proof format designation, as thickly textured devices contrast very well with the reflective fields and assure strong cameo effect,” before concluding, “Hands down, the presentation is serenely beautiful.”

The series would end in 1889 and the final years saw larger than usual Proof production, which makes these Proof 1884 to 1889 small-sized dollars popular with type collectors. It carries an estimate of $15,500 to $16,500.

The cataloger had strong affections for this coin, writing, “Fancy words and flowery description are not required to convey the instant emotional response regarding the appeal of this coin: it immediately qualifies for the Scotsman Cataloger’s Choice Award. The award is handed out to coins based purely on their aesthetic merits, with total disregard as to value or grade, but the astounding visual impact of this stunning jewel cannot be overstated.”

The popular issue is one of the nicer survivors from the original mintage of just 50 Proof pieces, with the description observing, “Devices are almost cottony with a delicate tinge of gold, standing up in unbelievable relief over mirrored fields that slip away from view under certain viewing angles.” 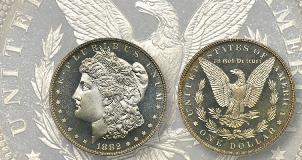 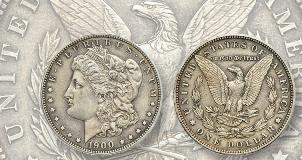 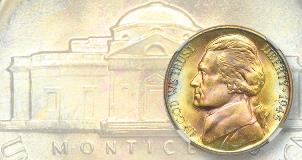