Q: You have had a lifelong career as a reporter, writer and editor outside of the numismatic community. How do you use those skills in telling stories about coins?

A: The best advice I ever got as a young reporter came from a hardened assistant city editor. The first paragraph of an article should be what you’d tell you mother as you came in the door. If you start there, everything else just follows naturally. I’m reminded of that every day when I sit down to write, and I tell it to everyone who wants to write for me. Coins come laden with stories, we just have to unlock them.

Q: How does editing the CSNS’s journal, The Centinel, differ from what you did when you were an editor for the Columbus Dispatch?

A: The goal — presenting readable, informative stories to readers — is the same, but how you get there is different. At The Dispatch, I worked with a professional staff, trained to write and polished by decades in the trenches. At The Centinel, the writers come from other lines of work — professor, tradesman, police officer. When they submit an article, they’re going out on a limb and leaving their comfort zone. I work with them to preserve their voice, but polish the prose to make it as clear as possible for the reader. Editing The Centinel is a collaborative process. I run each change past the authors and provide them with proofs of the layout as it evolves. I seek their advice on each change and their consent to the final product. In the end, the author must be proud of his work and the reader served with good copy.

Q: What led you to collecting coins?

A: The Whitman Lincoln Cent Number Two blue coin folder. I was 10 when the Lincoln Memorial cent came out, and everyone I knew was collecting coins — putting pennies in an album that began with 1941 and ended with a page or more of unlabeled holes. I loved the 1943 steel cents with their World War II connection and searched feverishly for a 1955-S. In my mind that was the rarest coin there ever was. I traded an 1879 Indian Head cent, a circulation find, for one at a local coin shop. While it may not have been my smartest trade, it did allow me to complete the set. And as a 10- or 11-year-old that was well worth it to me. At some basal level as a child, coin collecting gave me a sense of history, an appreciation for art and an arena to compete.

Q: You and co-author John Roberts are working on a new book, Columbus, Ohio, Civil War Tokens. What can readers expect to learn from your research?

A: This is an outgrowth of a booklet I wrote for the Central Ohio Numismatic Association about 20 years ago. Then, the only sources were Civil War era newspapers and city directories. Now so much has been digitized and placed online. I’ve found the Union Army service records for the husband of one of the issuers and the probate court records of another. I was content to collect one token from each of the nine Columbus issuers. John took the quest a lot further, going after each die marriage and metal. John is bringing the kind of diligence he devotes to VAMs to the book, and our readers will be well served by it.

Q: Do you have future research projects that you are pursuing?

A: I’ve never thought of myself as a researcher. People like R.W. Julian and Peter Huntoon are genuine researchers. I’m a popularizer. Researchers advance our knowledge. I just tell stories. 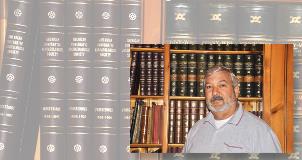 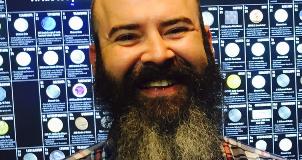 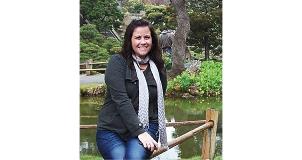