Georgia club to place 1914-D cent into circulation for 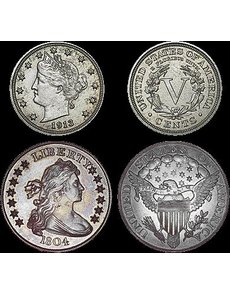 The ANA Road Show will bring to the GNA convention the McDermott-Bebee specimen of 1913 Liberty Head 5-cent coin and the Idler example of Class III 1804 Draped Bust dollar. 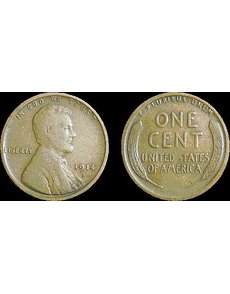 A 1914-D Lincoln cent will be dropped into circulation during the week of April 15 in Dalton, Ga., to promote the Georgia Numismatic Association’s 49th Annual Convention April 19 to 21. The finder can redeem the coin during the show for a $250 reward.

As part of the promotion for its 49th annual show April 19 to 21 in Dalton, Ga., the Georgia Numismatic Association plans to place a key-date 1914-D Lincoln cent into circulation and pay a $250 reward to the lucky finder.

Richard Jozefiak, GNA governor and publicity coordinator, said Jan. 27 that the 1914-D Lincoln cent in Fine condition has already been purchased. Jozefiak said plans are to place the coin into circulation through a Kroger store in Dalton sometime during the week of April 15.

Jozefiak said the coin release will be publicized in local media to inform the public to be on the lookout for the coin. Anyone who finds this coin can return it during the GNA 49th Convention and, after verification, receive a $250 reward, Jozefiak said.

Also as part of the GNA show and National Coin Week, the American Numismatic Association, as part of its educational outreach, will place on display the Idler specimen of Class III 1804 Draped Bust dollar and the McDermott-Bebee example of the 1913 Liberty Head 5-cent coin among other numismatic items. ANA Executive Director Jeff Shevlin and other staff members will be in attendance.

According to RyAnne Scott, ANA marketing and communications manager, the GNA show is one of at least four numismatic shows that will benefit in 2013 from the ANA Road Show project — an outreach effort to bring educational programming as well as items from the Edward C. Rochette Money Museum and Dwight N. Manley Library archives to its members and to the public around the country.

“The ANA Road Show brings extra value to members, and allows the ANA to have an increased presence around the country. We would like to give more collectors a chance to see these items, interact with members, and educate collectors about the ANA,” Scott said.

The ANA Road Show exhibit will include:

? The McDermott-Bebee 1913 Liberty Head 5-cent coin: Aubrey and Adeline Bebee donated the coin to the ANA museum in 1989.

? 1804 Draped Bust dollar: Only 15 examples are known from all three classes. The Class II Idler/Bebee specimen was donated to the ANA by the Bebees in 1991.

? Famous Errors: This portion of the exhibit acts as a highlight reel of some of the most notable numismatic errors and varieties.

? Paper currency: ANA officials have not yet determined what will be placed on exhibit at the GNA show. Each display will feature paper money with a regional appeal.

? ANA Library Mobile Archives items: The American Numismatic Association’s Dwight N. Manley Library lets the public see and hold pieces of numismatic history with its Mobile Archives. Up for viewing at the GNA convention will be the personal archives, drawings and papers of Frank Gasparro, former chief engraver of the United States Mint.

At 9 a.m. April 20, Early American Coppers will meet. Beginning at 1 p.m., a Young Numismatists program will be conducted for those 18 years of age and under. Participants will receive free coins, medals, tokens, paper money, coin books, coin folders and other related items donated by GNA members.

At 4 p.m. April 20, Randy Campbell, a senior grader with Independent Coin Grading, will present “Five Things You Can Do Right Now To Make Yourself A Better Coin Grader.”

For more information about the GNA convention, visit www.gamoney.org. ¦