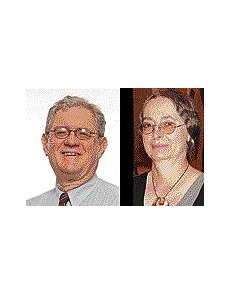 Treasury Secretary Timothy F. Geithner has appointed two new members to the Citizens Coinage Advisory Committee to fill vacancies created by the expiration of one member’s term and the resignation of another member.

Robert W. Hoge, curator of North American Coins and Currency for the American Numismatic Society in New York City, was appointed to a full four-year term representing a member specially qualified because of his education, training or experience in numismatic curation.

Hoge fills the vacancy created by the 2011 expiration of the term of Arthur Houghton, an author, former associate curator and acting curator-in-charge at the J. Paul Getty Museum, and a past ANS president.

Houghton currently serves on the boards of the Corning Museum of Glass, American Near East Refugee Aid and the ANS.

Jeanne Stevens-Sollman, a past vice president and past president of the American Medallic Sculpture Association, was appointed to a full four-year term in place of Dr. Doreen Bolger, who resigned.

Bolger, a specialist in 19th century American art, has been director of the Baltimore Museum of Art since 1998.

Stevens-Sollman’s appointment represents the interests of the general public.

The appointments of Hoge and Stevens-Sollman still leave the 11-member CCAC one person short, with one position still to be filled by the speaker of the U.S. House of Representatives.

The CCAC position appointed by the speaker has been vacant since May 25, 2011. The Rev. Richard Meier from Rockford, Ill., had been recommended in 2006 for the CCAC appointment by then House Speaker Dennis Hastert, R-Ill. Meier’s four-year term ended in 2010, but he served an additional six-month term.

Previous to joining the ANS in 2001, new appointee Hoge served from 1981 through 2001 as curator of the American Numismatic Association’s Money Museum in Colorado Springs, Colo. Hoge has also managed the ANA’s Authentication Bureau; been a regular columnist and contributor to the ANA journal, The Numismatist; taught classes at the ANA Summer Seminar for nearly two decades; and also taught cultural anthropology at Buena Vista College in Iowa.

A prolific numismatic writer, Hoge has also participated in archaeological excavations, and was invited in 1985 to observe the salvage of treasure off the Florida coast from the 1622 wreck of the Spanish galleon Nuestra Señora de Atocha.

Hoge holds a bachelor of arts degree in anthropology and history from the University of Colorado at Boulder, and a teaching certification in social sciences.

Hoge holds numerous professional numismatic and museological memberships. He is currently is president of the New York Numismatic Club.

Stevens-Sollman — an artist/sculptor/medallist in Bellfonte, Pa., holds a bachelor of science degree and a bachelor of fine arts degree from Rhode Island College, and a master of fine arts degree from Pennsylvania State University. She is considered a leader in the field of medallic sculpture whose work is exhibited in museums throughout the United States and Europe, as well as numerous private collections.

Stevens-Sollman has served as vice president and president of the American Medallic Sculpture Association and as a U.S. vice delegate to the Federation Internationale de la Medaille.

Stevens-Sollman was recognized in 1999 with the American Numismatic Society’s J. Sanford Saltus Award for Signal Achievement in Medallic Art.

In August 2007, Stevens-Sollman was recognized with the ANA’s Award of Excellence in Medallic Sculpture. ¦